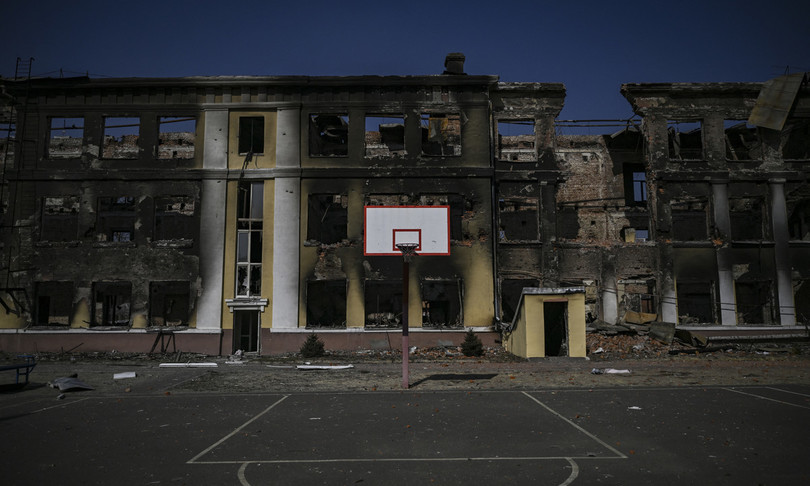 Ukrainian forces have repulsed an attempted landing in Odessa by a Russian sabotage and reconnaissance group. This was stated by Vladislav Nazarov, an officer of the Ukrainian Southern Operational Command.
In the meantime, Russian forces have taken over Slavutych, the town that hosts the staff working at the Chernobyl nuclear power plant. Russian soldiers also occupied the town’s hospital and kidnapped the mayor, Yuri Fomivich, who was later released.

Slavutych was built to house personnel evicted from the Chernobyl plant after the 1986 nuclear disaster. Clashes in the area were preventing workers from coming and going from the plant, which still stores nuclear waste in its “sarcophagus”. The Russians took Chernobyl at the beginning of the conflict.

On the 31st day of the invasion of Ukraine, Russian Defense Minister Serghei Shoigu reappeared in public. According to him (one of the three people in Russia who has the atomic bomb codes) it is necessary to keep “strategic nuclear forces ready for combat”. But in the judgment of British intelligence, “Russian troops are proving reluctant to engage in large-scale infantry operations in cities and they prefer instead to focus on the indiscriminate use of aerial bombardments and artillery in an attempt to demoralize the defense “.

The Russian Defense Ministry has made it known that it is neither summoning nor intending to summon the reservists, while news arrives of some military exercises in the Kuril Islands archipelago – a territory historically disputed with Japan – after Moscow suspended peace negotiations with Tokyo following the sanctions imposed on it for the invasion of Ukraine.

The military district of Eastern Russia has announced that over three thousand soldiers were involved in the maneuvers in the Kurils. The exercises also took place in the Baltic, simulating an amphibious warfare scenario and defense from a paratrooper attack using S-400 surface-to-air missiles and Su-27 fighters in the western enclave of Kaliningrad. This was reported by the Russian Baltic Fleet.

The “indiscriminate” use of bombs unfortunately continues to claim civilian victims: Kiev speaks of 136 children killed and 199 injured in the invasion since the war began. And the World Health Organization has given the update of the attacks on health facilities in Ukraine: it recorded 72 in which 71 people died and 37 were injured.

Today in the capital the 35-hour curfew was first decreed, then lifted from tonight to Monday 28 March. This was stated by the mayor, Vitali Klitscho. The night curfew remains in effect on weekends from 20:00 to 07:00.