kyiv prepares to return to normal life, but there is fear that Putin’s missiles continue to fall on the city 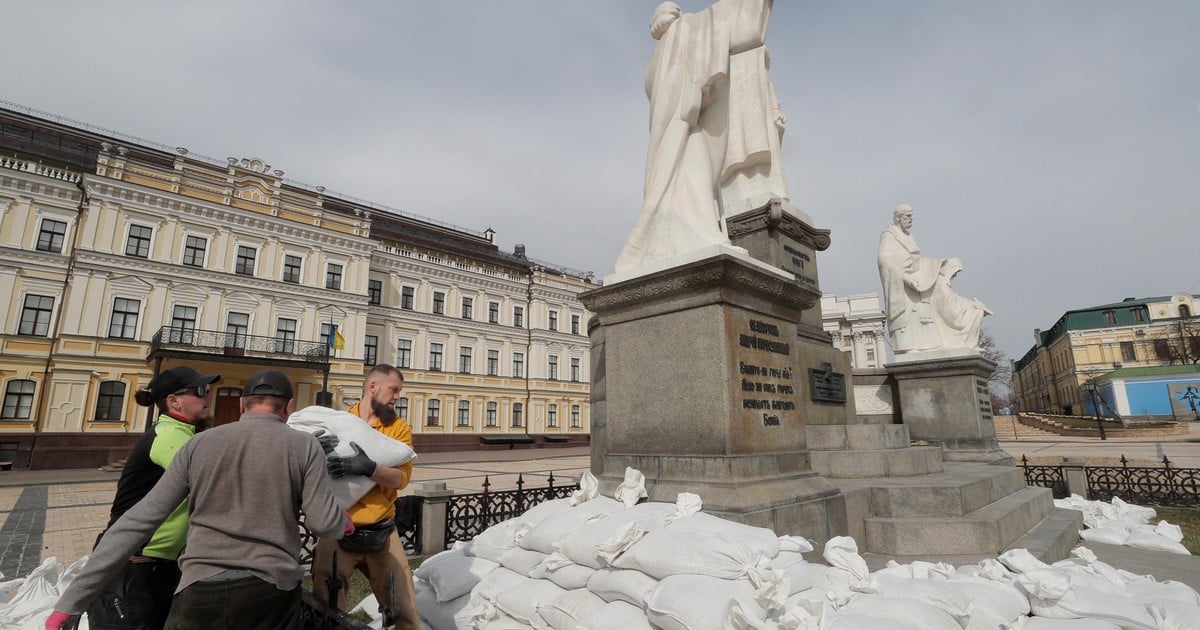 There is a mix, a mistrust, not a hubbub. The Kyiv mayor’s office had announced a new curfew from 8 p.m. on Saturday to 7 a.m. on Monday. But then, suddenly, while the population stocked up for a new confinement, a counterorder was given: regular curfew only at night and on a Sunday of “free movement”.

There was nothing to celebrate. Rather take the ads in moderation. No one in the Ukrainian capital celebrated the news that Russia was henceforth focusing its strategy on the Donbas region and the entire eastern cordon of the country. They distrust Putin. With more than enough reasons: the bombings did not stop this Saturday throughout the country.

The Kevites feel that the war is about to start a new stage, a phase of tensions scattered over time, and concrete forecasts are not encouraged. “One more week, one more week”, bet in the morning one of the employees of the hotel where the team of Clarion. The woman crossed herself and looked at the sky. Faith is stronger than politics, but politics has the last word.

Meanwhile, the Telegram communication network of the city of kyiv was talking about open fairs, cafeterias and up to two restaurants They reopened their doors to the public. Banks and pharmacies also open. Stocked supermarkets. They say that the heating system works perfectly, that there is electricity and that teams of experts are already repairing the damage caused by the fallen missiles.

They summon carpenters, electricians, climbers, blacksmiths, masons to work. A special squad deals with the protection of historical monuments, such as the Fountain of Samson or the statue of the Motherland; They shield them because the threat does not stop. It looks like the force of spring, but it is above all a urgent need to get back to normal.

A woman gets her hair cut at the “Figaro” salon in kyiv, this Saturday. Little by little the city is recovering normality in the middle of the war. (AP Photo/Rodrigo Abd)

Ukraine is the fifth most digitized country in Europe and that is why connectivity is never lost in kyiv. This Saturday the authorities also boasted about it and offered connection services for all the refugee centers that were recently opened and still do not have it. The businessmen of the city were urged to restore the economic circuits, opening their shops. They asked them to record in the Kyiv Digital application that they were operational again.

Optical networks were also being asked to resume work because many people need their glasses repaired, “the real key to a normal and safe life,” they said.

The start-up continues next Monday the 28th. The reopening of the community management centers is announced, from 10 in the morning to 4 in the afternoon, as if everything had been left behind and as if missiles had stopped falling from the sky. Nothing further: this Saturday, after seven in the evening, when night approached, the bombs began to sound everywhere, in infrequent quantities.

Every phone that has a chip from Ukraine receives alerts from anti-area sirens. Several times yesterday the telephone of those sent from Clarion. It was a strange day: the detonations increased, contrary to what was supposed, just when the president of the United States, Joe Biden, was very close, in the Polish and border city of Rzsezow.

The weather also did its thing and played a trick on the City authorities. There were strong gusts and they had to make a difficult decision – to lower the canvas of the Main Flag of Ukraine.

“The city is concerned with keeping the canvas of the Main Flag of the State and the flagpole in good condition. Therefore, due to weather conditions – strong gusts of wind, utilities, as usual, temporarily lower the canvas. The flag will fly again over the capital as weather conditions improve”, they explained, to make it clear that the decision had nothing to do with any feeling of defeat.