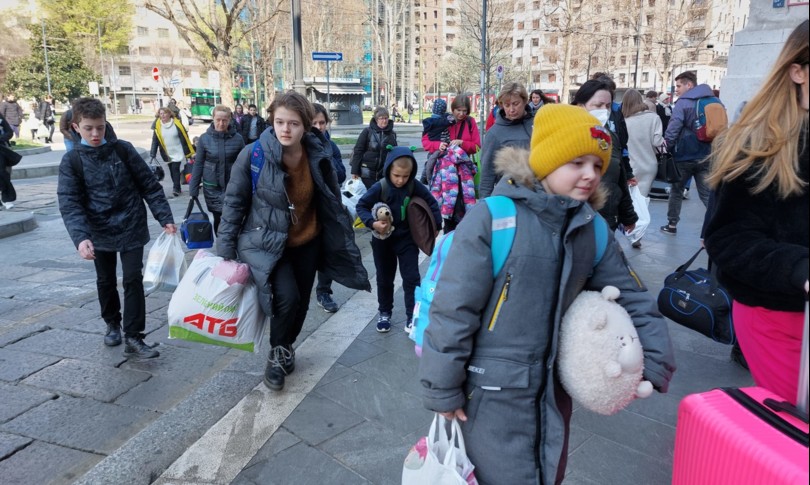 There are 70,784 Ukrainian refugees who have arrived in Italy so far: 36,428 women, 6,479 men and 27,877 minors. Compared to yesterday, informs the Interior Ministry, the increase is 1,630 admissions in the national territory. The main destinations remain Milan, Rome, Naples and Bologna. Italy continues to welcome those fleeing Russian aggression.

The President of the Emilia-Romagna region, Stefano Bonaccini, says: “Our region is welcoming about a quarter of the people, women and children, who arrive in Italy. This is the heart of Emilia-Romagna and we try to do it as best we can. I hope there is a more balanced redistribution, but we we will do our part to the full, but above all we hope that the bombs will stop and the war will stop. The government accepted some requests I had made. We are awaiting the provision of civil protection which will provide for a contribution of autonomous assistance for the host families, who are many and whom we only have to thank for their generosity, there should be a contribution to the Municipalities and the third sector could also enter the field “.

Meanwhile, it growsthe debate on arms in Ukraine and on the increase in military spending. For Salvini “we are talking too much about weapons, missiles and bombs. Overseas we talk about nuclear power. I thank the Holy Father who brings us the light and all those women and men who believe in peace”.

Sunday and Monday M5s members will vote to re-elect Giuseppe Conte at the head of the Movement. “If you vote for me – says the former prime minister – I will be the president who says ‘no’ to a massive increase in military spending by the state, especially at such a time”.

Maria Elena Boschi (living Italy) criticizes Conte’s words: “When Conte was prime minister he wanted to raise military expenses. Now that he is head grillino, he promises the opposite. This is the hypocritical populism of those who use the drama of war for an internal debate within your party. Sadness”.

The President of the Foreign Affairs Commission of the Senate, the pentastellato Vito Petrocelli, would even like the M5s ministers to leave the government: “The ‘international community’ that in one way or another supports the escalation of the war in Ukraine. And the majority of the government believes that it represents the will of the Italians on this issue. A folly … Maybe 5stelle would withdraw its ministers … “.

According to Fassino, Pd President of the House Foreign Affairs Committee, “if the 5-star Movement were not to vote in the Senate the agenda on the increase in military spending, the majority would be the same. We must free ourselves from this syndrome whereby from any vote depends on the existence of a government majority. The existence of a government majority is based on a general program with respect to all the issues facing the country. On a single issue there may also be a diversity of attitudes but this does not make the majority or an alliance fail, in this case that between the 5s and the Democratic Party “.