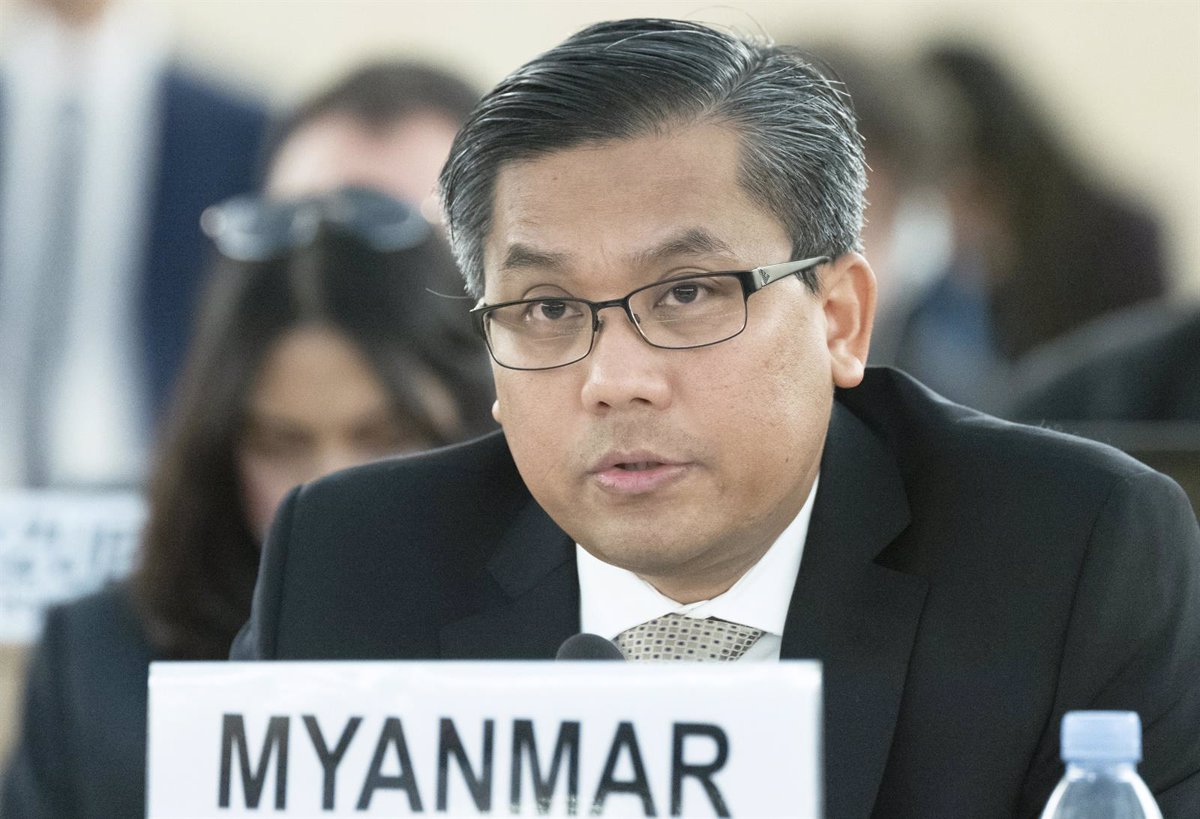 The United States Department of Justice announced on Friday the arrest of two Burmese citizens accused of conspiracy to “wound or assassinate” the permanent representative of Burma to the United Nations, Kyaw Moe Tun, who days before announced that he had been informed by the authorities. Americans that he could be the target of “threats.”

“Phyo Hein Htut and Ye Hein Zaw conspired to seriously injure or kill the Burmese ambassador to the United Nations in an attack on a foreign official that was to take place on US soil,” said prosecutor Audrey Strauss.

The commissioner of the New York Police Department, Dermot Shea, has indicated that the defendants “crossed borders and oceans to design a violent plot against an international leader on American soil.”

According to the investigation, Htut contacted an arms dealer in Thailand, “who sells weapons to the Burmese Army”, so that he will hire “attackers” who will be in charge of attacking the ambassador in order to make him resign from his post. If not, “the arms dealer proposed that the attackers kill him.”

After reaching an agreement, the investigation details, “Zaw contacted Htut by phone and transferred him approximately $ 4,000 (3,400 euros)” as advance payment for the attack plan against the ambassador. “Later,” the attackers hired they requested an additional $ 1,000 (850 euros) to carry out the attack in Westchester County, “upstate New York.

For that new amount, the hitmen were willing to “kill” Ambassador Kyaw Moe Tun, the investigation indicates, which indicates that “Zaw agreed to carry out this additional payment.”

Htut, 28, and Zaw, 20, residents at the time in New York, are charged with conspiracy to assault and attack a foreign official, crimes that can carry up to five years in prison.

Ambassador Kyaw Moe Tun, who is accused of being a traitor by the official bodies controlled by the Burmese military junta, is the current representative of the elected civilian government of Burma, since the United Nations does not recognize the Executive that emerged from the coup.

The board declared at the end of February – after the culmination of the military coup – the existence of a fraud in favor of Suu Kyi’s National League for Democracy (NLD); a claim disputed by international observers such as the Asian Network for Free Elections (ANFREL).

Demonstrations have occurred since then in various parts of the country. According to estimates by the Burma Political Prisoners Support Association, more than 900 people have died since the coup as a direct consequence of military repression. In addition, more than 5,300 have been arrested.