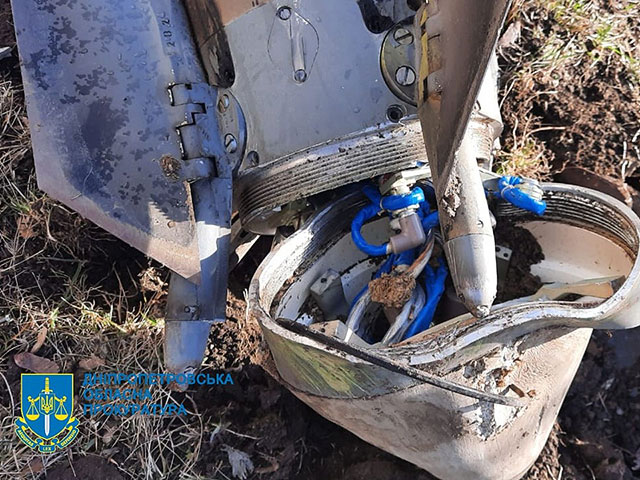 The General Prosecutor’s Office of Ukraine reports that on March 27, the Russian military from the Tornado-S multiple rocket launcher fired at one of the settlements of the Krivoy Rog district of the Dnipropetrovsk region, using rockets with a cluster-type warhead.

The publication of the Prosecutor General’s Office of Ukraine presents photographs of rocket fragments.

“Full information about the victims and damaged infrastructure is being specified. There are no military installations on this territory,” the report says.

The Dnipropetrovsk Regional Prosecutor’s Office provides procedural guidance for criminal proceedings on the fact of violation of the laws of war (Part 1, Article 438 of the Criminal Code of Ukraine).

“These actions of the Russian Federation pose a direct threat to the life and health of the civilian population, they contradict the norms of international humanitarian law, namely the Convention on the Prohibition of Cluster Weapons,” the Prosecutor General’s Office of Ukraine said in a statement.