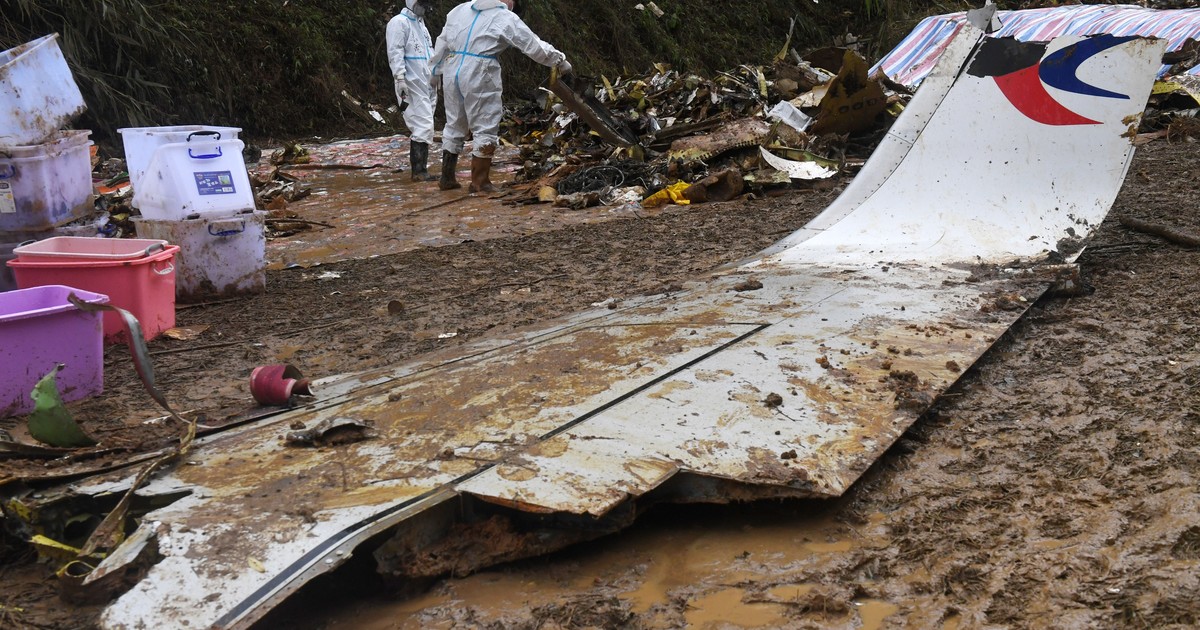 The second black box of the passenger plane that crashed in China on Monday – causing the death of all 132 people on board – was recovered this Sunday, and could help clear up the mystery of the aircraft’s dizzying nosedive.

The Boeing 737-800 of the airline China Eastern Airlines, which was traveling between the Chinese cities of Kunming (southwest) and Canton (south), crashed on a wooded hill in Wuzhou (south) after a vertiginous fall of several kilometers in a few minutes . “The second box black from China Eastern flight MU5735 was recovered,” state news agency Xinhua reported.

The causes of the accident, which claimed the lives of the 123 passengers and nine crew members (all of Chinese nationality), are still were not determined.

Groups of firefighters, rescuers, doctors and researchers have been working for six days at the accident site. Photo: Reuters

The first black box, which contained the conversations in the cabin, was recovered on Wednesday and sent to Beijing to be decoded; a task that could take several days since at the time of the discovery it was very damaged.

This second black box contains new data that can clarify the causes of the tremendous accident. It contains precision with the flight itself, such as the speed, altitude and the route followed.

As shown this Sunday by public television CCTV, rescue teams recovered the orange cylinder covered in soil: it was found 1.5 meters deep under the roots of a tree.

The discovery of the second black box, after the plane crash in China. Photo: Telam

“Although other parts of the recorder were severely damaged, the data storage unit appears to be damaged. relatively intact“, confirmed Zhu Tao, director of aviation security of the Chinese civil aviation administration.

With the two black boxes of the plane recovered, the investigators should have the first elements to determine the causes of the accident.

On Saturday, after confirming the identity of almost all the victims through DNA tests, the Chinese civil aviation administration confirmed that all the people on board died in the tragic accident.

This is the worst plane crash since 1994 in China, where air safety is considered by experts to be very good.

Brief tribute to the victims

This Sunday was celebrated a three minute tribute pFor the 132 victims at the accident site. As sirens wailed, firefighters tucked their red helmets under their arms and bowed their heads in respect.

For now, hundreds of firefighters, rescuers, doctors, researchers, volunteers and political authorities remain at the accident site to continue the search for more information.

On the steep hill in the middle of dense vegetation and with the help of bulldozers, the workers try to recover the human remains and pieces of the plane to continue with the investigation.

According to the specialized site FlightRadar24, the plane lost 21,250 feet in height (6,477 meters) in one minute. Something unusual in this class of flights.