A Korean scenario is looming for Ukraine 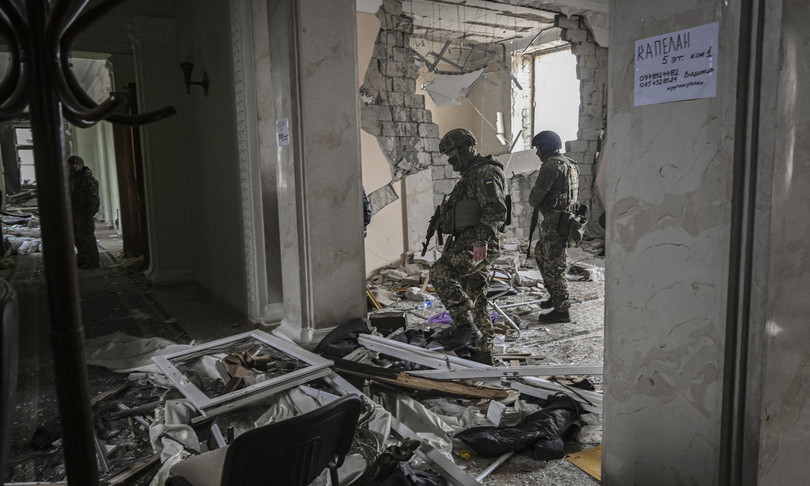 On the 32nd day of the Russian invasion of Ukraine, the Kiev army claims to have repelled seven enemy attacks in the Donbass, in the Donetsk and Lugansk areas, destroying 8 Russian tanks while there are those who think that Putin has a “Korean scenario” in mind for Ukraine.

According to the intelligence of the British Ministry of Defense, in the north of the country the situation is essentially static also because the Ukrainian counterattack is hindering “Russian attempts to reorganize their forces”.

At the moment, according to London, Russian forces appear to be focusing their efforts on groped the encirclement of the separatist regions in the east of the country, advancing from the direction of Kharkiv to the north and Mariupol to the south. Meanwhile, the Russian Defense confirmed that it had destroyed an arms and ammunition depot west of Kiev with Kalibr missiles on 25 March.

As for Saturday’s attack on Lviv, the western city of the country that it had been until now relatively spared from fightinghit a fuel depot and a strategic military site, injuring 5 people according to local authorities.

Meanwhile, following the controversy in Kiev, the International Committee of the Red Cross has formally denied having facilitated the forced evacuations of civilians to Russia. The Ukrainian intelligence chief speculated that, in the face of the difficulties encountered, Russian President Vladimir Putin is now working on a “Korean scenario” or a division of the territory, creating “a North and a South Korea in Ukraine”.

On the Moscow front, the Russian space agency Roscosmos plans to double the number of satellites sent into orbit by Russia and heralds the strengthening of the military part of the agency and the construction of civil-military dual-use satellites.