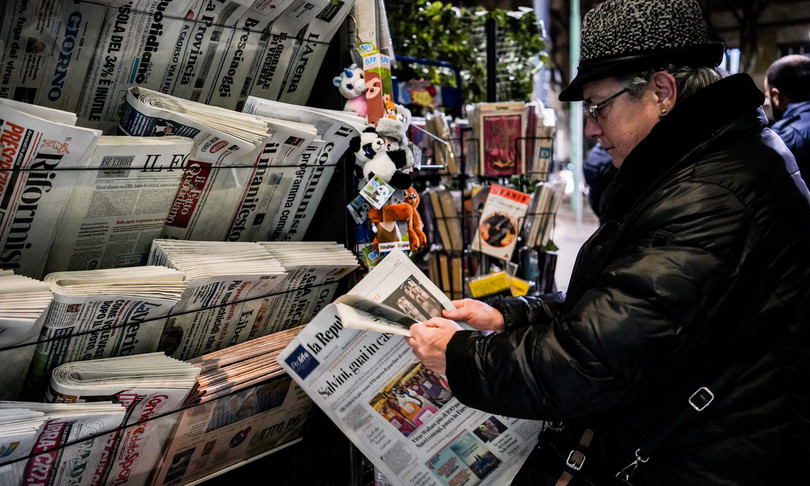 Biden’s thrust against Putin divides Europe and the US. The offhand words of the US president in Poland – “For God’s sake, this man can’t stay in power” – shatters Western unity.

This is the theme on which the newspapers on newsstands focus today. In the foreground also the no of the leader of the M5, Conte, to the increase in military spending.

The political scientist Ian Bremmer speaks: “Biden said what those who care about freedom think. You can’t talk about Putin”. The scenario: coup, indictment, revolt: is regime change possible in Russia? In Italy: today the result of the vote on the M5s leadership, Conte excludes the government crisis: “But Draghi don’t force your hand”. Premier ready to put trust. The invitation to the parties not to divide.

The Biden case shakes Europe. Embarrassment Blinken: we do not want to change the regime in Russia or elsewhere. Macron: I would not use the word butcher for Putin. Interview with Moise’s Naim: “he said aloud what America thinks”.

Military expenses, understood in sight. The vice president of M5s, Taverna speaks: “Ours is a clear no to rearmament, I remember Salvini with the M16 in hand”. Letter from Minister Guerini: forward with NATO commitments, let’s renew our army to build EU defense.

Europe holds back Biden, avoid escalation. From Macron to Borrell, many distance themselves from the words of the US president. Interview with number one of Confagricoltura, Giansanti: “Bent by drought and war. Wheat, EU aid is derisory”. Arms, Conte’s turnaround: “No government crisis”.

Joe Biden downloaded by everyone. The son in trouble for bio-weapons. Out of control president, scion in full scandal. Conte rejects the rearmament again and warns: “The government does not force”.

Everyone against Biden. The anti-Putin words denied by the White House and criticized by the allies. Frost EU and 70% of Americans do not trust. Draghi wants to be a mediator and is thinking of contacting Moscow, waiting for a phone call with Putin. But there is the thorn Conte: “Increase in military spending not in the government pact”.

Macron Biden wand. The French president blurts out: “Hold back your words, I wouldn’t have said Vladimir is a butcher.” Even Borrell irritated: “We must work to achieve peace”. Secretary of State Blinken reassures: “We do not want to overthrow the Kremlin”.

Refugee alarm, impossible reception. Governor Fedriga: “With new arrivals the system will not hold up”. 650,000 Ukrainians expected. Zelensky: “The West has no courage”. Bank of Italy: after the conflict we risk crisis and famine. Biden’s inadequacy: criticized by allies, polls down.

Zelensky whips us, you lack the courage. Agreement between Erdogan and Putin to host talks between Moscow and Kiev in Turkey. Biden isolated after the offenses against the Tsar. Conte seeks the coronation of the 5s. And on military spending he challenges Draghi.