A year for an explosion in Beirut: Citizens of Lebanon beg for water and electricity 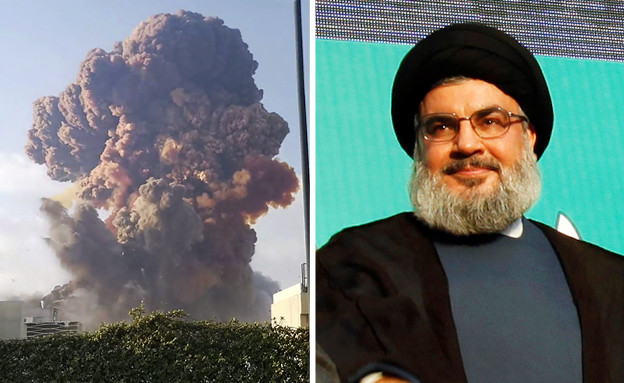 “We’re in Hell”: Matarik al-Jadida, who lives in Beirut in a working-class neighborhood, is unable to fall asleep late at night, as are many Lebanese. “Too hot, I do not sleep at night. The payment for a generator is very high and no one can turn on an air conditioner,” he told Reuters. Even a year since the big explosion at a port in the capital, it seems that the economic crisis is only continuing to collapse the country. Citizens suffer from acute water and electricity shortages, have to wait for hours at the gas station and hospitals are also in a state of insufficiency.

N12 coverage of the Lebanon disaster:

On August 4, 2020 at 18:00, Beirut residents were confident that the situation could not be worse. The government is not functioning, the corona is threatening and Lebanon’s economy is faltering. Suddenly, without warning, the world shook. Most residents of the Lebanese capital thought it was an earthquake or another war, and feared their building was about to collapse. Instead, the windows exploded and the houses filled with glass. Most of the walls did not fall, but the country collapsed completely.

The pizza that shook Lebanon – a look from the inside

Residents of the Lebanese capital, which already knew of civil crises, climbed on the roofs of buildings in panic and curiosity – and a black cloud appeared before their eyes. Just a day before the blast – Lebanese Foreign Minister Nasif Hiti resigned, claiming that “the country is going to become a failed state.” Indeed, reality has proved that there is truth in his words – a warehouse in the port caught fire and then, exploded with a force equivalent in intensity to 5% of the atomic bomb dropped on Hiroshima in World War II.

The blast in Beirut claimed the lives of 207 people and injured more than 6,000, in addition to the unimaginable destruction that paralyzed the entire country – damage of about $ 4 billion that led to another fall, a civilian storm. What’s more, the investigation revealed that for six years no one had taken responsibility for the 2,750 tons of nitrogenous ammonia contained in the warehouse, which was confiscated in 2014 from a ship forced to dock at the port.

“I absolutely deny the presence of any missiles or material for us in any of the port’s warehouses,” Hezbollah leader Hassan Nasrallah announced – after the blast. Because “for decades Lebanon has been in consensus among the various political elites. “This model is now moving to a model in which one political party determines which direction to shoot – this is Hezbollah.”

Demonstrations in the main square, resignation and false promises

Four days after the blast, protesters gathered in Beirut’s main square, knocking on any metal surface with rocks and calling their leaders “murderers.” Security forces tried to disperse the demonstrations with tear gas and rubber bullets. A few days after the disaster, the then Lebanese prime minister decided to lay down the keys. Hezbollah has picked up gear and Nasrallah has begun delivering lengthy speeches, accompanied by empty promises and accusations.

Not long after, French President Emmanuel Macron assembled Lebanese regime leaders, including a Hezbollah representative, and called on them to put disagreements aside and form a new government. Although the EU sees Hezbollah’s military wing as a terrorist organization, Macron has accepted the fact that it is impossible to move forward without the extremist group. However, threats of cessation of aid and additional pressure did not help either.

A year later, the situation in Lebanon is only getting worse

Meanwhile, in November essential medicines began to disappear from pharmacies, including cancer drugs. The value of the Lebanese pound has plummeted and the dollars have become very expensive, and the import of critical goods has also stopped. Many Lebanese who are familiar with emergencies have started stockpiling basic products and others have begun looking for escape routes. At the same time, banking activity also declined, Lebanese imposed restrictions, inflation rose rapidly and Lebanese citizens were forced to watch their savings disappear. Having no choice the black market dictated the dramatic changes on the pound and became the only place where dollars could be obtained.

Jubran Basil, who served as communications minister, said the goal was to bring about “equality between Christians and Muslims while building the state, but now there are big problems with Hezbollah, which is not really helping to fight corruption. Lebanon has collapsed,” he admitted in media interviews. Basil is also accused of corruption by international bodies, which have begun looking for ways to channel monetary aid to Lebanon – but have not found the infrastructure to accept it.

Since then, the distress in Lebanon has only intensified. Last February, journalist Lockman Salim, who is considered a prominent critic of Hezbollah, was shot dead. “I am fighting so that I can live in this country and build a future here,” said Lara Sabra, a 23-year-old student who, unlike many, is determined not to give up. “Part of this political struggle is our refusal to leave. Politicians want people to leave, they want less to fight them,” she added, acknowledging that many of her friends have already left or are planning to emigrate.

Lebanon tried to encourage Hassan Diab to form a new government, but to no avail. After months of unbearable stalemate over the division of positions, the Lebanese government again turned to Hariri, who argued that he should be allowed to elect his own ministers – but President Aoun blocked him and so, he announced he was giving up trying to form a government – and resigned.

On the anniversary of the heavy disaster – Nasrallah, the 60-year-old leader who lives in hiding for fear of an Israeli assassination attempt, promises even today that Iran will be the one to rescue the country from its troubles. According to the Lebanese newspaper Al-Akhbar, Nasrallah has promised to import drugs from Iran due to the lack of local markets – and he even stated this in recent speeches.

About two months ago, the World Bank warned that the economic and financial crisis in Lebanon “may be among the ten and perhaps even among the three worst in the world since the mid-10th century.” Over time, the waste was not collected, but only piled up in the streets. Residents are waiting for long hours outside the gas stations in view of the severe shortage, more than half of the country’s population lives under poverty and many remote homes have already closed their gates. Firas Abid from Lebanon described it this way: “There is no need to imagine or exaggerate, we are really in hell.”

In Lebanon, this year is called a “low year” and the pictures seen on the streets of the neighborhood to the north explain why – Lebanon is in a financial crisis, which is getting worse with a lack of management, a lack of a functioning government and a fundamentally corrupt conduct. The inaction of the Lebanese government is exacerbated in the shadow of the events that befell the country and led many residents to take to the streets, burn tires and block roads – a “social explosion” that is probably far from over soon.