Ehud Barak: Putin will no longer win the war 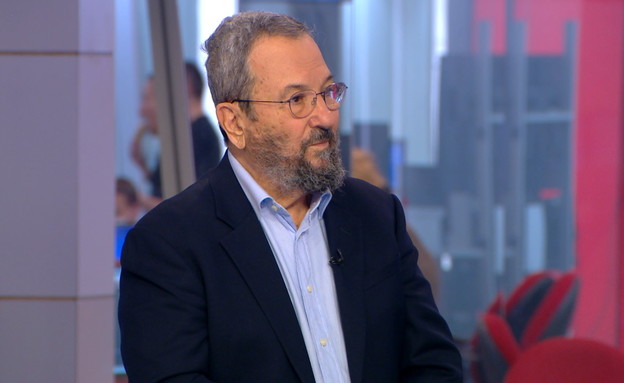 Q: At this point in time in the war, is Putin closer to a compromise or aggravation of the situation?The most striking fact from the last month is that a month ago there was general agreement that only Putin could win, and the Ukrainians could provide a battle of heroism at most. The recognition today is that Putin is probably going to lose. It is almost impossible to see a way in which he wins and achieves his original goals. Therefore, he has two options: one is to try to say – what I have achieved to date is what I intended, we have won and we are organizing for the next steps. Perform a standstill.

The price of such a decision is very great globally: he has already commented on NATO for another activity, the world economy will be hit hard and the Russian economy will be hit even harder. He can do it. However, it is not easy for him to bring in more forces. More Russian forces that can be brought in without changing the Russian constitution, and without taking a certain amount of time to organize.In the meantime, it will sink into the mud of war.

The second option for him is to escalate to reach an agreement. That is, to create a situation in which he would not be seen as a loser, Putin could create an escalation in the situation. He can do something even more dramatic and territory some city. In my opinion, he would not dare to use chemical weapons, certainly after the explicit warning, in clear words, of President Biden that NATO would intervene. Which until a month ago was unthinkable, at the moment it has become a bit less.Only Putin will decide.

What will determine the situation is the spirit of Ukrainian warfare and the excellent assistance given to it under the table by NATO and the United States.

Q: Should Israel continue in the position of mediator, to be with the West as well as with Putin?

The Israeli involvement in mediation is welcome. It is good for Israel and good for both sides, it is also good for the Bennett government. However, the overall position should have been much more explicit. There is no doubt where Israel belongs – on the side of the United States and Europe. It does not belong to the side that still supports the world of Iran, Syria, North Korea and Belarus. We are not there and should not be there.

Many have talked about the fact that their conclusion from the events in Ukraine is that we (Israel) are alone and we need to trust ourselves. However, it should be remembered, we are for decades, every decade, tens of billions of dollars from the United States. Whenever there has been a serious war, for the past 50 years, the United States has come out to help us (by the way, the weapons we destroy in these wars are Russia’s).

Technically, if we had a war against Iran tomorrow, two years or 10 years ago, American “Patriot” batteries would be stationed in Israel, US Army patrols would be stationed here to help Israel defend against missiles from Iran. For years, there has been an American facility in Israel, with American soldiers in it, whose job it is to provide the State of Israel with an early warning when a missile rises over Iran, a quarter of an hour before it arrives. This must not be forgotten even when deciding how to deal with this crisis.