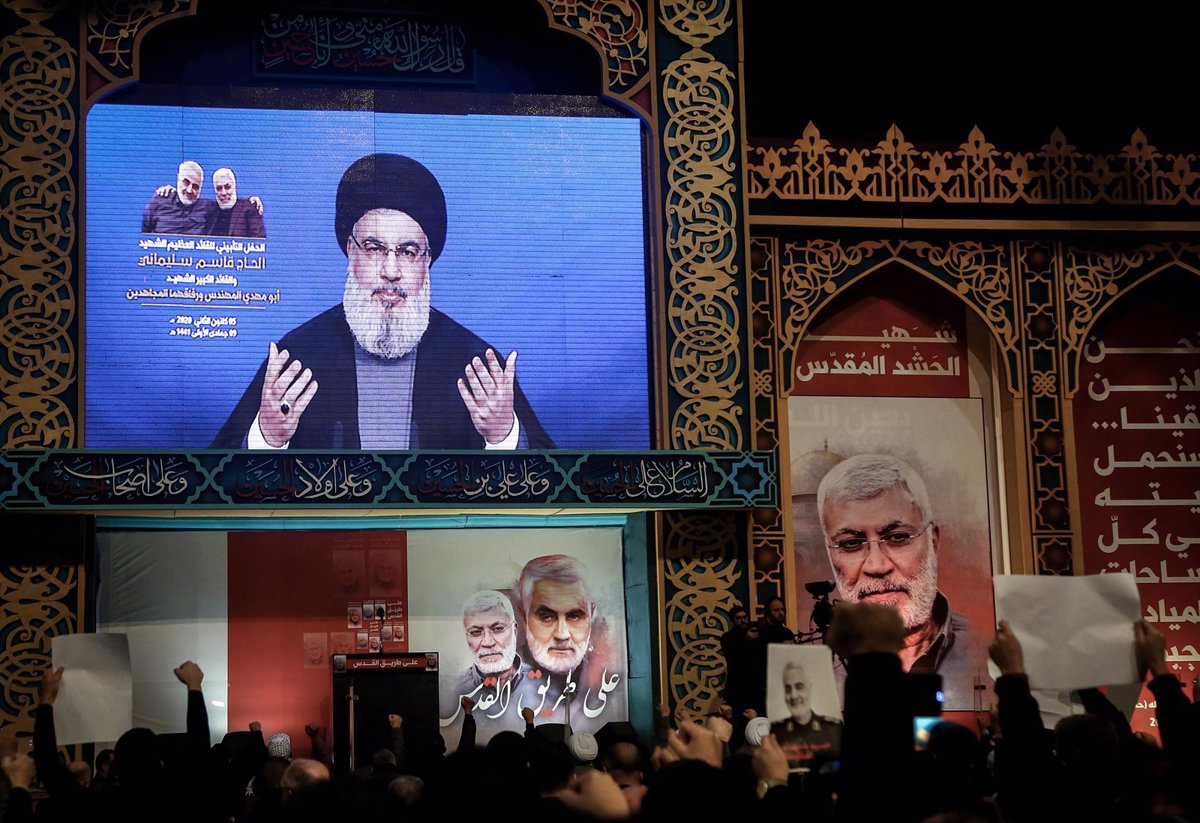 The leader of the Lebanese Shiite party-militia Hezbollah, Hasan Nasrallah, stressed this Saturday that the clashes in recent days on the border with Israel are a “very dangerous event”, although he has warned that the group will “respond” to any Israeli attack on Lebanese territory.

Hezbollah fired about 20 projectiles into Israeli territory on Friday in what it described as an act of response to a bombardment launched by the neighboring country on Thursday hours after the launch of projectiles by allegedly a Palestinian militia.

“What has happened in recent days is a very dangerous event that has not taken place for 15 years,” he said in a televised speech, in which he stressed that the group “conveyed a message” with the launch of projectiles. against unpopulated areas in Shebaa Farms. “

“This response is loud and clear. They bomb open areas and we bomb open areas. We will respond appropriately and proportionally,” he stressed, before asking Israel to “make no mistakes in calculations.”

In this sense, he stressed that “the responsibility is clear and it is to protect the population,” while arguing that “the greatest stupidity that the Israeli enemy could commit is to enter a new war with Lebanon,” as reported by the Lebanese television network Al Manar, linked to Hezbollah.

“What prevents the Israeli enemy from launching bombings in Lebanon is their fear of a major confrontation with the resistance,” he said. “The enemy is today more concerned than ever about its existence because of what is happening in Palestine and the axis of resistance,” he argued.

He has also criticized that “some groups in Lebanon are helping the enemy, whether they know it or not, to achieve their objective of disarming the resistance”, while emphasizing that the Israeli bombardments against positions of the group “have not achieved their objective. “.

Nasralá has also recommended to Israel that “do not bet on the disagreements in Lebanon regarding the resistance, because they are not new.” “We are not looking for a war, but we are prepared for it and we are not afraid of it,” he pointed out, as reported by the Lebanese news portal Naharnet.

Israel and Lebanon are technically at war and do not have diplomatic relations. The land border has been the scene of tensions in recent months, in part due to the absence of an agreement for its demarcation, while both countries have initiated indirect contacts to delimit their maritime border.

In another vein, Nasralá has stressed that the investigations into the explosion registered on August 4, 2020 in the port of the capital, Beirut, “is politicized”, before demanding that the judicial apparatus “publish the results of technical research “.

“Hezbollah is not afraid of the judicial investigation, since we do not take the ammonium nitrate (to the warehouse of the port where it exploded) nor do we have anything to do with it. We fear exploitation for political purposes,” he warned.

Thus, it has stated that the judicial authorities “should say who brought the (ammonium) nitrate” and has accused the judge leading the investigations, Tarek Bitar, of a bias when issuing their summons to people who must testify in the framework of the investigations.

The Hezbollah leader also stressed that the investigations have determined that “there were no weapons or ammunition in the port”, following the initial accusations against the group for the possibility that this had been the cause of the explosion.

“What has happened since the explosion in the port has not been based on logic and has no other objective than distortion and misinterpretation,” he stressed, before accusing certain people of “abusing the martyrs” and ” spread false news to mislead public opinion. “

The unease has been on the rise in recent months due to the blocking of investigations and delays in withdrawing the immunity of former ministers and parliamentarians whom Judge Bitar has summoned to testify in the framework of the investigations.

The explosions took place at a time when Lebanon is going through a serious economic crisis and triggered a new wave of protests that resulted in the resignation of Prime Minister Hasan Diab, who remains in office in the absence of an agreement on a new government. .