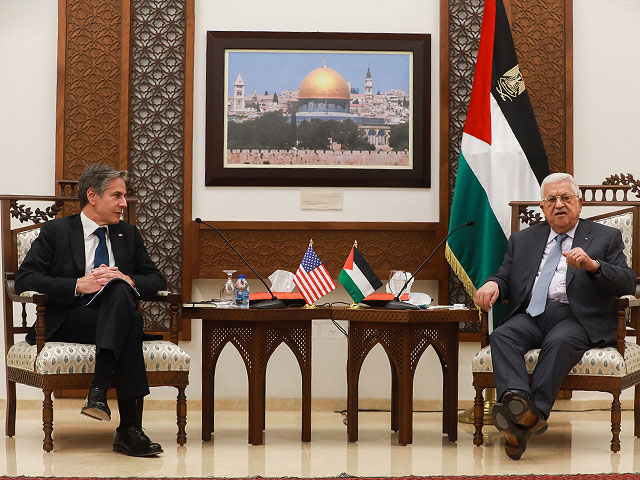 US Secretary of State Anthony Blinken, who arrived in Israel to attend the Negev Summit, visited Ramallah and held talks with Palestinian Authority Chairman Mahmoud Abbas.

The Palestinian leader expressed outrage at continued construction in the settlements and Jewish visits to the Temple Mount, which he called a violation of the status of Haram al-Sharif. According to him, this will not remain without consequences.

“Israel’s unilateral actions may force us to start implementing the decisions of the Executive Committee. What is happening in Palestine cannot be left unanswered,” Abbas said. Recall that the PLO executive committee called for renouncing interaction with Israel and refusing to recognize it.

The Palestinian leader also accused the interlocutor of pursuing a policy of double standards, demanding that Western countries treat Israel as harshly as they treat Russia that invaded Ukraine.

Recall that the Palestinian leadership has taken a sharply critical position with regard to the “Negev summit”. In doing so, it avoids criticizing the participating Arab states.