Sergio Mattarella: We must stop the war, making peace is possible and necessary 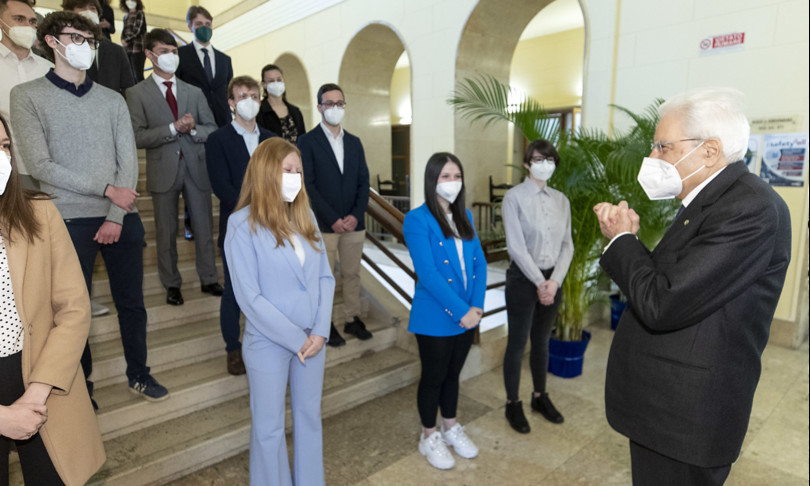 “The war in Ukraine must be stopped now, immediately”, with dialogue and negotiations, because “peace is always necessary and possible: for this reason we are responding with due solidarity, with the reception of refugees, and with economic and financial measures that weaken who wants to impose, with the violence of weapons, a war that, if it did not find obstacles, would not stop “.

The President of the Republic Sergio Mattarella underlined this during his speech at the University of Trieste for the inauguration of the academic year, where he highlighted the three emergencies we face: Covid, the economic recovery and the conflict.

From Trieste, the Head of State has launched a strong appeal for peace. “We do not find a rational motivation for this war”, he said, which is taking us back in time: it marks “a retreat of history and civilization that we would never have thought possible at the beginning of this millennium”. If the situation does not change it could be produced “an anguished drift of conflicts that may find no limits. We are responding, persistently trying to propose dialogue and negotiations to end the war immediately, to withdraw the invasion forces, to find political solutions, ready to help pursue them as soon as gaps of availability are opened “.

“Instead – underlines the President of the Republic – we had to witness the re-explosion of aggressive national selfishness, like the nineteenth century of the last century “. From Trieste,” a frontier territory that in the past went through troubled and difficult times “comes the positive example of a city” today it represents an example for Europe, for its destiny indisputably linked to peace, sharing and integration “concluded Mattarella.