Glimmers of peace, Moscow will hold back on Kiev and Chernihiv 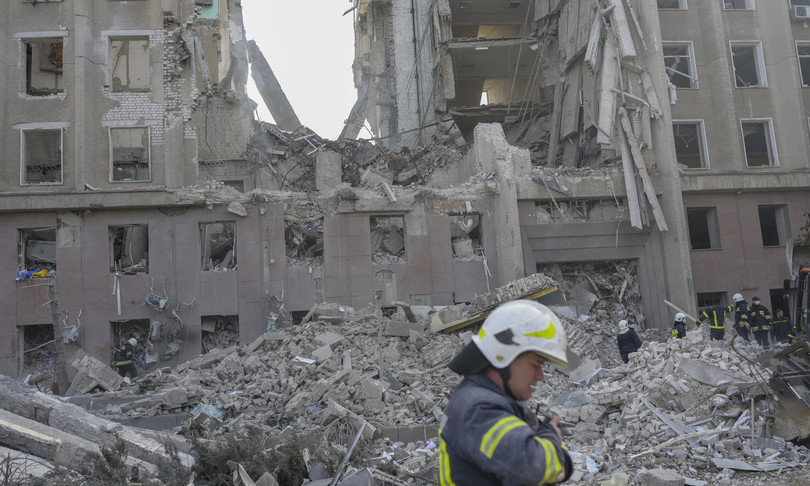 The Istanbul talks end with the first real turning point towards an end to the conflict in Ukraine. While waiting for the Kremlin to examine and respond to Ukrainian proposals on security guarantees to be given to Kiev in exchange for its neutrality, Russia said it will “drastically reduce” the maneuvers around the Ukrainian capital and Chernihiv, now devastated by bombing. And, according to US sources, a withdrawal of forces in the outskirts of Kiev is already underway which appears framed in a permanent “change of strategy”.

A few hours before the end of the first round of negotiations, a very important signal was the teleconference of the Russian Defense Minister, Serghei Shoigu, who had proclaimed the achievement of the main objectives of the first phase of the so-called “special operation”.

“The combat potential of the Ukrainian armed forces has been significantly exhausted, which allows us to focus our main attention and efforts on achieving the primary goal, which is the liberation of the Donbass,” said Shoigu. “The Ukrainian armed forces have suffered considerable damage”, continued the minister, “air superiority has been achieved, the aviation and air defense network have been practically destroyed, the navy has now disappeared, all assault formations land and air have suffered considerable losses “.

Shoigu’s bulletin appears to have the function of portraying the current status quo as a partial victory for the benefit of Russian public opinion, a narrative that paved the way for the suspension of operations in part of the country. If the battle in the Donbass and Mariupol appears destined to continue, it is not clear whether, at the moment, Moscow still intends to focus on the western port of Odessa. The city of Mykolaiv, the never bypassed obstacle between Russian-controlled Kherson and Odessa, was hit today by a missile that hit regional administration offices, killing seven people. Another Russian attack, Moscow reports, destroyed a fuel depot in the Rivne region.

The morning bulletin of the Ukrainian general staff corroborated earlier reports by British military intelligence that Kiev forces continued to conduct counterattacks located in Irpin, Bucha and Gostomel, around the capital. Further south, the Ukrainian army claimed to have repelled a Russian advance towards Kryvyi Rih, 130 kilometers southwest of Dnipro.

According to the US Defense, the Ukrainians have also recaptured the city of Trostyanets, in the northeastern Sumy Oblast, and launched an offensive in Kherson, in the south, to try to regain control of the only large urban center in the hands of the Russians. . As for Mariupol, heavy Russian bombing continues. However, according to the London 007, the city center remains under Ukrainian control. ”