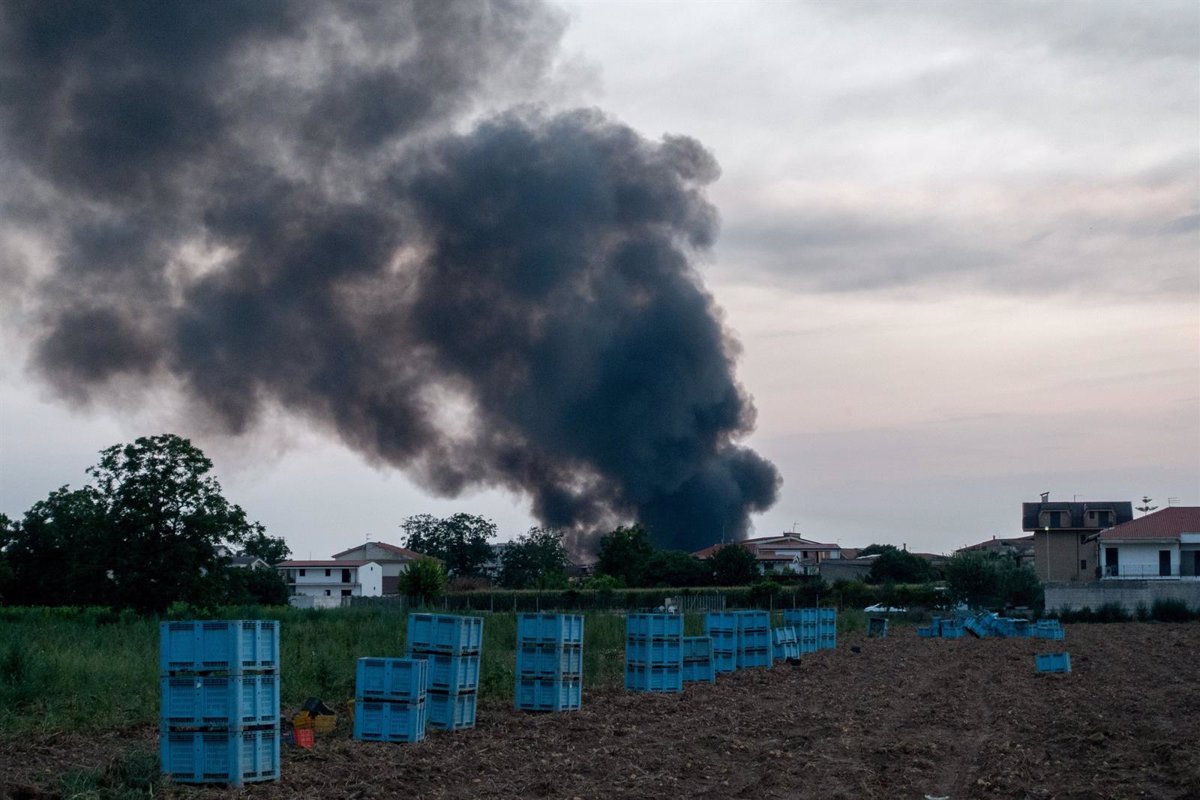 The heat wave that is expected to reach Italy and continue for the next few days has alerted the authorities and emergency services to the possibility of more forest fires breaking out and making open fronts even worse, especially in the South of the country.

“The temperatures that await us in the coming days require maximum attention”, said this Sunday the head of Civil Protection, Fabrizio Curcio. “It is essential to avoid any behavior that causes fires and report them on time, even if they are small, he said.

Curcio has described the efforts made in recent hours to contain the wildfires that have been recorded as “challenging” and “dramatic.” A situation that could even get worse in places like the islands of Sicily and Sardinia, where temperatures could rise to 45 degrees this Tuesday.

Civil Protection has also deployed more reinforcements this Sunday to the southern regions of Calabria and Apulia, among the most affected by the fires after the island territories, following a decree issued by the Italian Prime Minister, Mario Draghi, to allow the agency to send more endowments and staff.

Other regions such as Lazio, Campania, Molise, Umbria, Abruzzo and Basilicata are experiencing similar circumstances in recent days. Firefighters teams have been this Sunday trying to quell new outbreaks in the city of San Mauro Castelverde, in Palermo, as well as another fire near Cesane, a city near the coast of the Adriatic Sea.

The country’s crops and natural reserves are being burned, have warned from different organizations and groups, such as the Coldiretti agricultural association, which points directly to the drought that is hitting several Mediterranean countries, such as Greece and Turkey, – also facing fire – caused by climate change as responsible for these fires.

Nature reserves, such as the Aspromonte National Park in Calabria, in the south, and the Parco delle Madonie, east of Palermo, have also been affected despite the efforts made by the authorities.

“Once again, protected natural areas are under the claws of devastating fires”, lamented the president of the Italian Federation of Parks and Nature Reserves (Federparchi), Giampiero Sammuri.

Near the small town of San Lorenzo, on the edge of Aspromonte National Park, a man and a woman died in connection with the fires when fires reached their farm, the fire department said Friday.

At the moment, some 44,500 forest fires have been registered since June 15, according to official data. Last year, there were just under 26,200 during the same period. At least two people have died this Friday in the Italian region of Calabria due to the fire.

Meanwhile, in northern Italy, concerns are growing that heavy rains could lead to flooding and landslides. Rising water levels have risen in recent hours, flooding garages and roads. So far, only material losses and damages have been recorded.