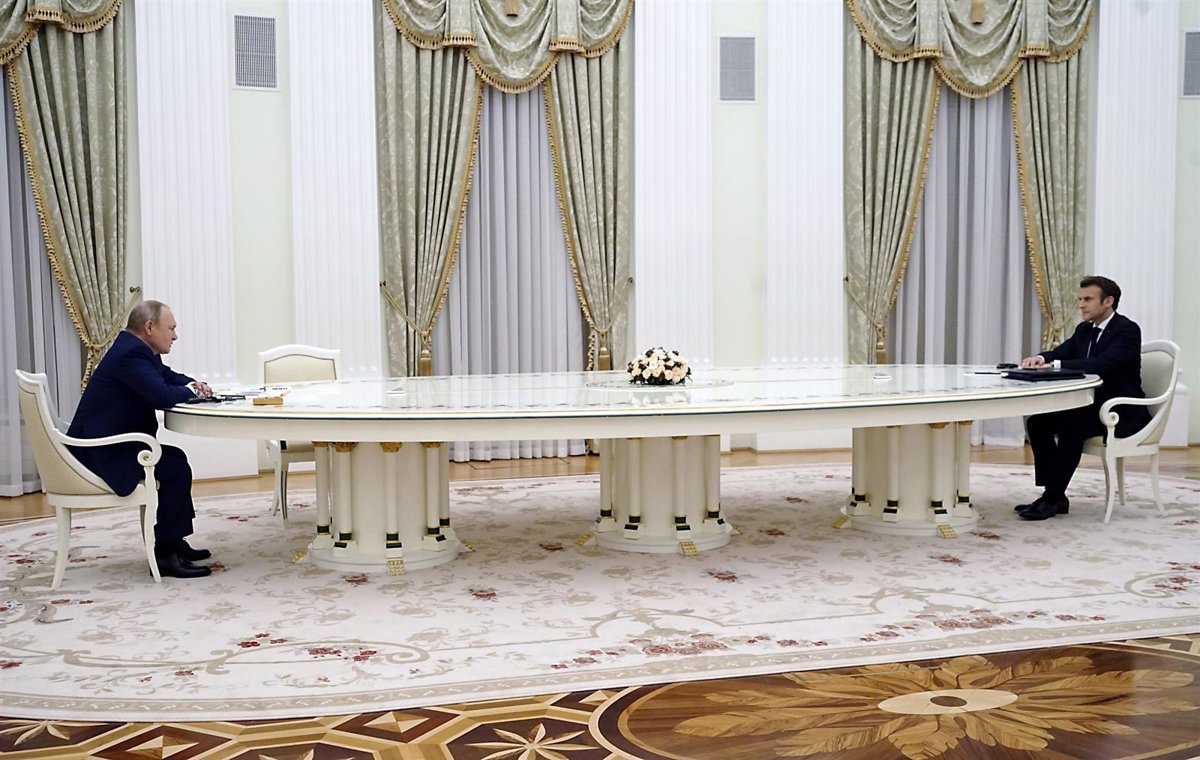 On Tuesday, Russian President Vladimir Putin informed his French counterpart, Emmanuel Macron, that in order to address the “difficult humanitarian situation” in the encircled Ukrainian city of Mariupol, “(Ukrainian) nationalists must lay down their arms.”

Both leaders spoke on the phone, and Putin informed Macron that Russia “pays special attention to humanitarian difficulties” emerging from the invasion of Ukraine, according to a Kremlin statement.

Putin has told Macron of “steps taken by the Russian Army to provide immediate humanitarian assistance” and “ensure the safe evacuation of civilians, especially from Mariupol,” according to the Russian news agency Interfax.

They also discussed “points of view” on the evolving situation in Ukraine, including aspects of the round of talks held in Istanbul on Tuesday, following which the Russian government announced that it would “dramatically reduce” its military operations against Ukraine’s capital, Kiev, and the city of Chernigov.

Both leaders have addressed concerns linked to the Russian Executive’s decision to charge Russian gas in rubles, as it intends to do with countries considered “unfriendly,” according to the Kremlin. The G7 countries, as well as the European Union (EU), have already expressed their displeasure with the decision.

According to Bloomberg news agency, quoting an Elysee source, Macron has requested Putin for “a truce” in the city of Mariupol to allow civilians to be evacuated and humanitarian aid to be delivered. According to the same source, Putin has stated that he will “respond” to Macron’s requests, but has not stated when this will happen.

Finally, Putin and Macron have promised to “keep in touch.” Both politicians have spoken out on the war in Ukraine and since tensions have risen on multiple times. Even before the invasion of Ukraine began, the French president visited Moscow in early February.