India confirms more than 35,000 cases and about 450 deaths from coronavirus during the last day 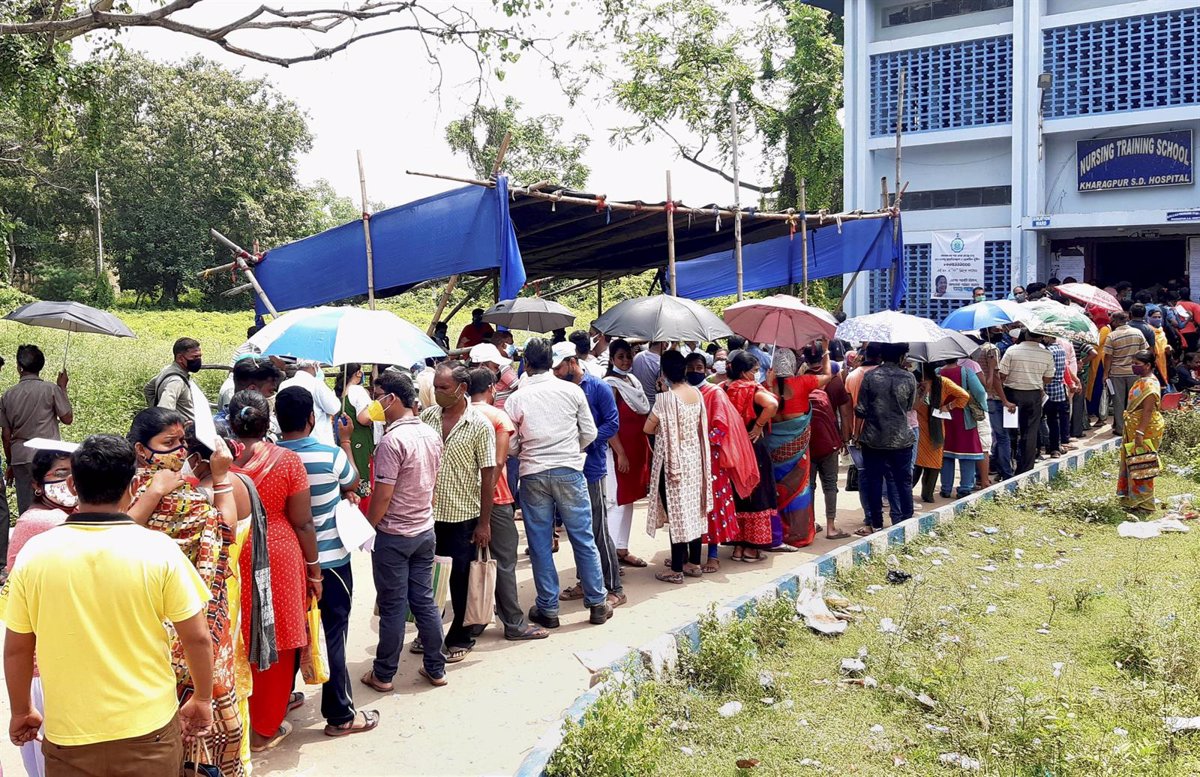 The Indian authorities have confirmed this Monday more than 35,000 cases and about 450 deaths from coronavirus during the last day, a figure similar to that of recent days, amid concern about the epidemiological situation in the state of Kerala.

The Indian Government has indicated in its balance, published through the social network Twitter, that during the last 24 hours 35,499 infections and 447 deaths have been confirmed, which brings the totals to 31,969,954 and 428,309, respectively.

Kerala has registered more than 18,600 positives, in a trend that has led the state to report about half of cases nationwide in the last week, although the numbers have been declining in recent days.

Likewise, the Indian Executive has stated that there are currently around 402,000 active cases in the country, while 31,139,457 people have recovered from COVID.19 so far, including 39,686 during the last day.

On the other hand, the main minister of the state of Maharasthtra, Uhav Zackeray, has stressed that the Bombay train will be open from August 15 for those who have the complete guideline, once fourteen days have passed since the inoculation of the second dose.

The state of Haryana has also announced that it will lift the hourly restrictions on the opening of restaurants, shopping malls and shops, despite the fact that it has extended the lockdown until August 23, as reported by the Indian television network NDTV.

The Indian government approved on Saturday the use of the single.dose coronavirus vaccine developed by US pharmaceutical giant Johnson & Johnson for emergency use in the country, Health Minister Mansuj Mandaviya announced.