Russia and China are moving even closer together in the crisis 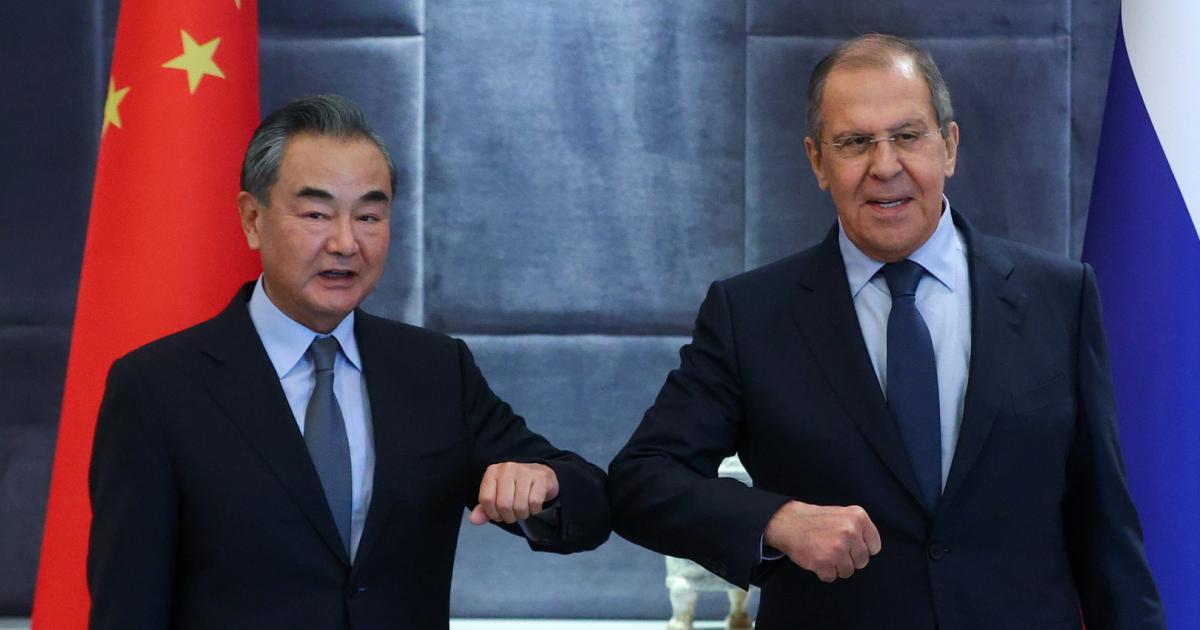 In the tensions surrounding the Russian war of aggression in Ukraine, Russia and China are moving closer together. For the first time since the invasion began, Russian Foreign Minister Sergei Lavrov met his counterpart Wang Yi in person on Wednesday in Tunxi, in southeast China’s Anhui province, who welcomed him as an “old friend”. Both sides emphasized the quality of the relationship and agreed to further expand the cooperation.

Russia’s foreign minister briefed Wang Yi on the “special military operation” in Ukraine, as Russia calls the war. According to Chinese statements, Lavrov assured that his country wanted to “reduce tensions” and continue peace talks. China’s foreign minister gave political support to Russia, calling the Ukraine issue the result not only of an old security conflict but also of “the cold war mentality and confrontation”.

Beijing sees the USA and NATO as the culprits

In the Ukraine conflict, China still refuses to condemn the invasion. Rather, Beijing portrays the US and NATO as the main culprits in the crisis.

“Russia-China cooperation has no borders,” Beijing foreign ministry spokesman Wang Wenbin told the press. “We work for peace without borders, true security without borders, reject hegemony.” With this reference to dominance politics, China always aims at the USA.

China supports the peace talks to achieve “cooling down on the ground” as soon as possible and prevent a major humanitarian crisis, Wang Yi said, according to his ministry.

The reason for the meeting was two-day talks in China on Afghanistan, which were also attended by representatives of the USA, neighboring countries and the Taliban government that has been in power since August. Lavrov wanted to travel from China to India, where he is expected on Thursday.

In a joint statement, Lavrov and Wang Yi agreed to expand their “strategic partnership” in a “difficult international situation,” according to Moscow’s Foreign Ministry. They also wanted to coordinate their foreign policy more closely and present a common position internationally. “We will move together with you and other like-minded people towards a multipolar, just and democratic world order,” Lavrov told Wang Yi, according to Russia’s state agency Tass.

Lotte Friis has become a mother for the first time