Tensions on military spending remain at the center 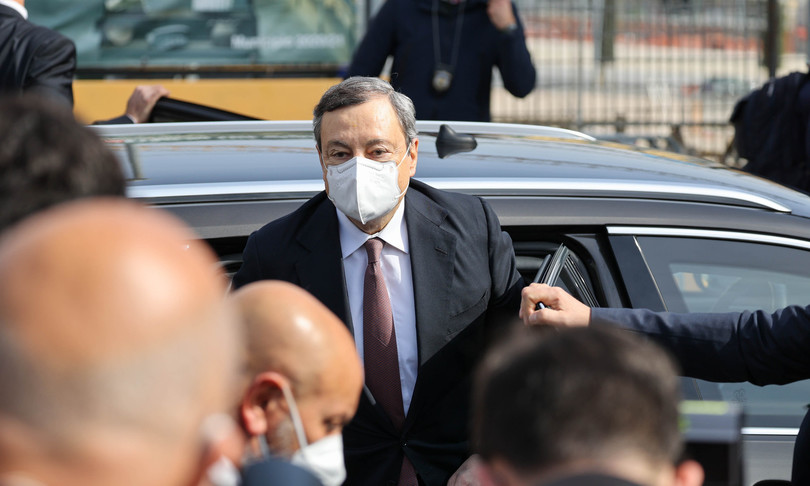 The tensions in the government over the increase in military spending, with the confrontation between Prime Minister Draghi and the president of M5s Conte: the Ukrainian decree is in the foreground on the political pages of the newspapers on newsstands today. Among other issues, the summit in Arcore between Berlusconi and Salvini (without Meloni).

Conte’s tear on military spending. Draghi: so the pact is overturned. And it goes to Colle. The head of the M5s after the meeting: no more funds, listen to us. Palazzo Chigi confirms the ceiling of 2% of GDP: it is the agreement with NATO. The agenda of FdI passes, today the decree in the Senate Chamber.

Interview with Walter Verini (Pd): “The debate has a limit. Now the government crisis should not even be hypothesized”. The background: a 90-minute duel. The premier shows the cards: here are all the increases from when you were in my place. Salvini from Berlusconi. And Meloni is not there. New meeting in Arcore on land registry, Ukraine and vote in Sicily. FdI: you cannot ignore us at the administrative offices.

Military expenses, Conte gela Draghi. Majority at risk on the rise. Tense face to face between the head of the M5s and the prime minister, who goes up to the Quirinale to report. The background: premier and Colle united in the line. It will be counted in the Chamber, whoever votes is not out. Draghi’s annoyance for those who talk about the “rearmament race”.

And the premier points out that in the three-year government led by Conte, military spending has grown by 17 percent. The case: ban on pro-Putin politicians unwelcome in Ukraine, including Salvini on the list.

Military expenses, the premier’s hard fist. The head of the government is looking for the bank of the Quirinale, from which for now there is no concern and raises against the pentastellato leader: “In the Def an increase will be indicated for the defense”.

Assault on the Ius scholae: over 700 amendments by the Lega and FdI to stop the bill on citizenship for those studying in Italy: “It’s a masked Ius soli”, a challenge in the Commission.

Salvini in Arcore: “No to house taxes”. Summit with Berlusconi on Ukraine and bills without references to Putin. Meloni: “No meeting on the agenda”.

Conte’s blackmail on military spending splits the government. Draghi climbs to the Colle. Center-right, Berlusconi sees Salvini: now avoid new taxes. A Battle Def arrives: the deficit approaches 6%. The government accelerates on the OK to the Document. The estimated growth drops to 3% with a loss of over 30 billion.

Truce in Kiev, chaos in Italy. Putin stops, Conte deserted. The Red Army withdraws to facilitate negotiations. The Kremlin: the road is still long. Draghi warns the grillini: either weapons or government crisis.

The CSM splits the majority. Skip the commission, fiery meeting between the parties on justice reform. Forza Italia and Iv insist on the draw for the election of the toga members, no of the Democratic Party. Even for Cartabia it is unconstitutional.

Weapons, from Draghi ultimatum to Conte: “Either we respect our commitments or at home”. The government does not intend to question the decision on increasing military spending to 2% of GDP. Unpredictable developments of the break. And the premier, infuriated by the Grillino turnaround, goes to Mattarella.

Conte-Dragi, frost on military expenses. In the Senate M5s divided on the dl Ukraine. The background, the latest mediation of Palazzo Chigi: a “moderate” increase for 2023. Letta and Di Maio press the leader 5s.