“Urgent reform of the CSM” 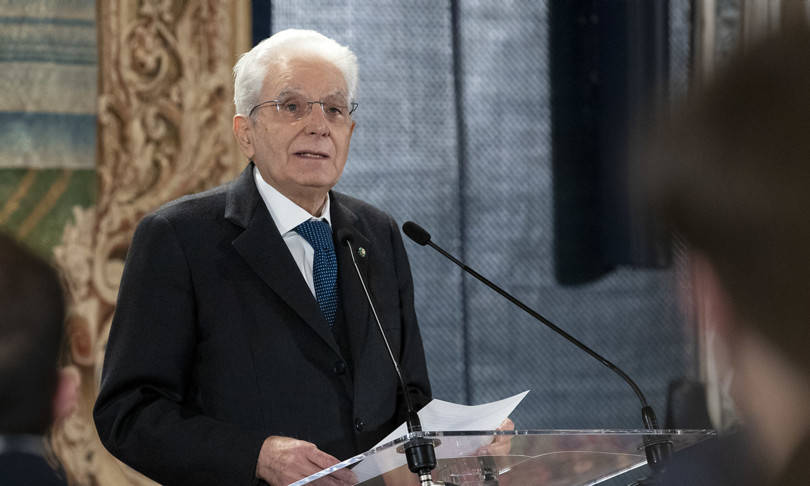 “The Board of Governors plays an indispensable role of guarantee in the context of democratic equilibrium. Therefore it is of great urgency to approve new rules for its functioning, so that its activity can aim at enhancing the undisputed professionalism of which the Judiciary is widely provided “.

Sergio Mattarella returns to underline the urgent need for Parliament to approve the reform of the CSM, still on stand-by in committee at the Camera, and whose examination in the Chamber undergoes a new postponement (the arrival is now foreseen no longer on 11 April but on 19, as established by the Conference of group leaders).

It is not the first time that the Head of State ‘calls’ politics and Parliament to carry out the reforms “immediately”, were his words also on the occasion of the inauguration speech at the end of January, just re-elected at the Quirinale.

Meeting the ordinary magistrates in training appointed in March 2021, the President of the Republic launches a new warning: the CSM “constitutes the protection desired by the Constitution to guarantee the independence and autonomy of the judiciary, not to favor the condition of the magistrates but to ensure that the jurisdiction is not subjected to any type of conditioning and that it is exercised efficiently, in a timely and rigorous application of the law. It plays an essential role of guarantee in the context of democratic equilibrium. Therefore it is necessary, and of great urgency, to approve new rules for its functioning “.

Mattarella also remarks: “I am in contrast to the jurisdictional function agreements to favor personal interests: the guarantee of the highest quality of jurisdiction is an imperative duty, and constitutes the foundation of the relationship of trust that the country must be able to nurture in the administration of justice “.

The Head of State then underlines the fundamental role that the Judiciary plays: “We must never lose the sense of the function that the Republic attributes to the judiciary, because it contains one of the most precious resources that the Constitution provides and wanted to entrust to it: affirmation of justice through the application of the law “.

Mattarella then recalls that “the protection of rights and the guarantee of justice that is connected to it are attributed to the magistrates; without these the democratic state, founded on equality and the equal dignity of persons, would be seriously compromised. Main corollary of the equality of citizens before the law is impartiality in the exercise of jurisdiction “, and to” ensure the integrity of these values ​​our Constitution guarantees the judiciary autonomy and independence from any other power “.

And precisely the “war”, which “is causing anguish in everyone’s life, showing us its horrors, intolerable and inhuman”, “allows us to see that where the judiciary has not guaranteed sufficient independence from other powers, democracy is seriously cracked, if not nullified “.

So, addressing the magistrates, the Head of State refers to the need for “cultivate ‘ethics of doubt’ and reject any form of cognitive arrogance”“avoiding reckless normative reconstructions or dictated by improper desires of originality or external consent”.

Magistrates must “never give in to the temptation of self-celebration and the absolute search for consent”, and “serious respect for professional ethics and sobriety in individual conduct” is needed.

In the end, Mattarella recalls that “the principle of impartiality also necessarily passes through the rejection of protagonism and judicial individualism”.

Lastly, the President of the Republic urges the Judiciary itself to “support the change initiated for the recovery of the country, by making an effective commitment to achieve the objectives indicated in the NRP”.

Words that resonate in the Chamber, where the majority still struggle to find the square on the reform of the CSM.

The session of the commission, which should have started the votes on the amendments, is postponed. The government is ‘called out’: the opinions have been provided, undersecretary Paolo Sisto recalls, now it’s up to the speakers.

The fact is that, beyond the procedure in the committee, there is still an agreement on some issues, including the one that makes political forces fibrillate the most: the system of election of the CSM.

Lega, Forza Italia but also Iv insist on the ‘moderate’ draw, but the Keeper reiterates the unconstitutionality of the proposal. A new meeting is scheduled to try to find a summary.

“I am optimistic and I believe that an excellent job is being done”, says Minister for Reforms Fderico D’Inca ‘, “these are very important reforms that need passages, agreements both in the majority and then in the commission”.