Press and palace: the phone call between Draghi and Putin dominates the political pages 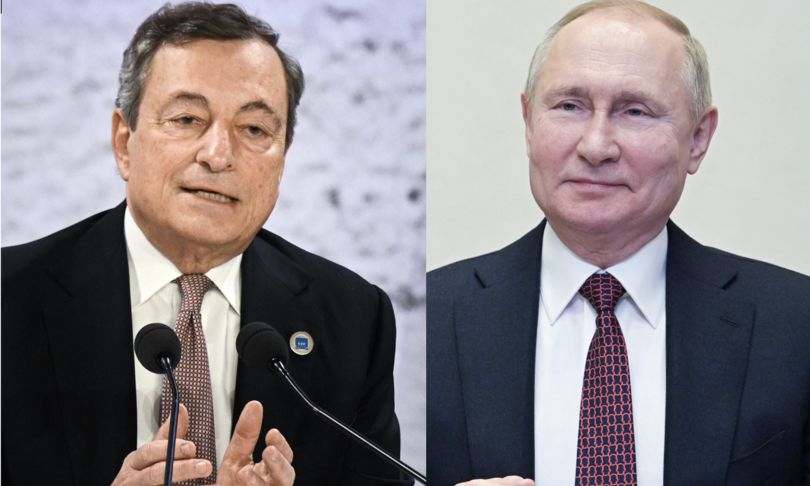 The phone call between Mario Draghi and Vladimir Putin and internal tensions in the majority over the increase in military spending to 2% of GDP dominate the political pages of the main Italian newspapers on the day of the vote of confidence in the Senate on the Ukraine decree. Space also for Sergio Mattarella’s appeal in favor of the reform of the Higher Council of the Judiciary.

Draghi hears Putin: “Let’s talk about peace”. The prime minister’s 45 minutes on the phone with the head of the Kremlin. Draghi asked for tangible signs of a slowdown. The Russian leader spoke about the progress of the negotiations (also expressing some satisfaction). Military expenses, Letta-Conte tensions. Then the mediation: 2% in six years. The 5 stars divided in the Senate, the leader targets the most ‘governist’ wing but expulsions are announced for those (not only Petrocelli) today who will vote no to the Ukraine decree. Reform of the CSM, pushed by Mattarella: “Urgent to approve the new rules”. The president warns: change must be supported to achieve the objectives of the NRP.

The mediation of Draghi. In an hour on the phone with Putin, the premier asks: reducing attacks will favor a truce. And he proposes Italy as the guarantor of the agreement. Military spending, the average Pd “At 2% of GDP by 2028”. Conte opens, trust today. Letta hears Draghi and the former prime minister, then Guerini announces a more gradual path for the increase. M5s ready for agreement. The government locks down the Ukraine decree, neutralized the order of day of FdI.

Draghi calls Putin: “Cease the fire and go on with the negotiations”. An hour on the phone, Rome ready to play a role in the de-escalation. But the Kremlin leader insists on paying for gas in rubles. “Graduality in military spending” Guerini opens, M5s is satisfied. The 2% target postponed four years to 2028. Today the decree will be voted on in the Senate. Draghi will have the confidence. Interview with Ricciardi “This is a good start but now the prime minister makes a clear statement”. Letta-Conte, the fracture. Vitriolic accusations, the alliance between the two leaders at risk. The dem suspect the 5s want to vote in June. Raggi brakes: “I’m not pro-Russian. Enough Rome, I want Parliament.”

De-escalation, Putin’s frost. Draghi: “I call for peace”. The premier: “Stop firing immediately, ready to help if the weapons stop”. The Russian leader: yes to Italy among the guarantors of non-authenticity and renunciation of nuclear power in Kiev. Ukraine decree in the Chamber without commitment on arms. The grillina frond re-enters. Confidence in the text in the Senate this morning. Few defections are expected. FdI will vote ‘no’. Guerini’s mediation was decisive: “There is time until 2028 to adapt.” Salvini-Conte, temptation to vote to stop the collapse in the polls.