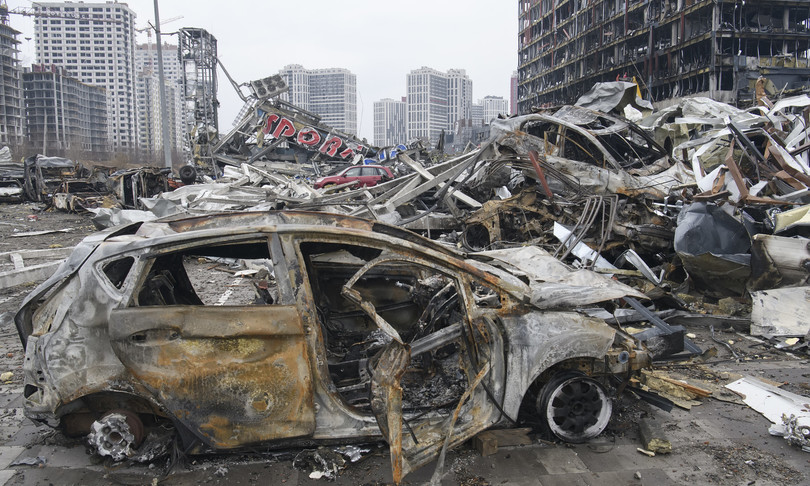 In the last few hours, Russian troops have continued to bomb Kiev and Chernihiv despite the announcement by Moscow of a “drastic” reduction in its attacks on these two cities. According to the mayor of Chernihiv, there was even a “colossal attack”.

Russia has made it clear that the goal now is the “complete liberation of the Donbass”, announcing a repositioning of his soldiers. The Pentagon has confirmed that attacks on the capital continue and that a limited number of Russian forces located near Kiev have started to reposition themselves. Practically the same has said the British intelligence: “The Russian forces – reads its latest update – continue to hold positions east and west of Kiev despite the withdrawal of a limited number of units and it is likely that there will be fierce fighting in the suburbs of the city in the coming days “.

Defense Intelligence adds that “despite Moscow’s announcements of a reduction in the activity of its troops around Chernihiv, heavy Russian bombing and missile attacks continued” and “heavy fighting continues in Mariupol, a key target of the Russian army, even though Ukrainian forces retain control of the city center “.

“Russia, said Ukrainian President Volodymyr Zelensky,”is amassing troops for new attacks in the Donbass and we prepare for it. “In Mariupol, civilians should finally be evacuated in the next few hours after the ceasefire offered by Moscow. Kiev has announced the dispatch of 45 buses for this humanitarian operation.

Here is what happens on the various fronts on the 36th day of the war in Ukraine.

Bombings of the capital and Chernihiv continue. According to the Pentagon, after announcing a “drastic reduction” of activities around the capital, Russia has actually only “repositioned a small part” of its forces near Kiev, but it is not retreating and could prepare to conduct a “major offensive “elsewhere in Ukraine. British intelligence considers that forces leaving the northern area are likely to be repositioned to increase the intensity of the attack in the Donbass.

The Donbass appears increasingly as the main target of the Russian offensive, according to statements by Moscow, which promises to focus on this. According to British intelligence, the same Russian announcement on the “drastic” reduction of activity in Kiev is the premise for a repositioning of military capacity in the East. The Ukrainian army has regained control of a strategic highway connecting the second one. city ​​of the country Kharkiv in Cuhuiv, a small town of 30,000 inhabitants located about fifty kilometers to the east. Both cities have been under bombs since the beginning of the Russian attack.

The bombs on Mariupol, which according to international analysts could fall within a few days, do not even spare the Red Cross, according to local authorities. Speaking with French President Emmanuel Macron yesterday, Vladimir Putin said that the “nationalists” who resist the siege should surrender to allow the humanitarian crisis in the port on the Sea of ​​Azov to be addressed. Also yesterday, a missile hit the regional administration headquarters in Mykolaiv, causing 12 victims and 33 injured. The city is crucial for its proximity to Odessa.

After deadly airstrikes in western Ukraine last week, there have been no reports of significant military action in the region or around Dnipro. The western part of Ukraine, including the main city of the region, Lviv, is still far from the ground offensive, but has been the target of air strikes since the end of last week.