Afghanistan, the Taliban advance: US envoy to Doha for “political” solution 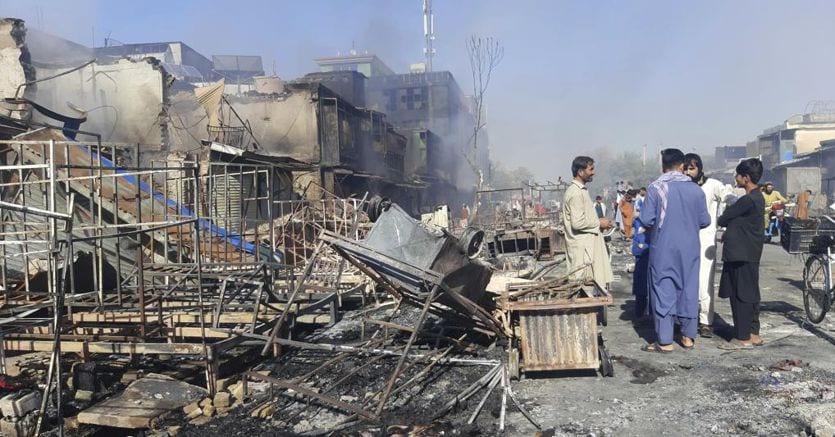 The advance of the Taliban

The tension escalated after the Taliban captured six provincial capitals in just a few days, including the vital economic center of Kunduz with its 374,000 inhabitants. A lightning offensive that has exposed the new, dramatic spiral of crisis gripping Afghanistan: the militiamen are advancing at a much faster pace than feared against exhausted, poorly managed and demoralized government security forces by the withdrawal of American troops and international. The Taliban are taking advantage of an aggressive turn of strategy: from the control of rural areas they have moved on to the conquest of large urban centers. Encouraged by the realization that, despite this, Joe Biden’s White House shows no sign of wanting to reconsider the complete disengagement from the longest war ever fought by the US.

Half districts in the hands of the Taliban

The last city to fall in chronological order was Aybak, along the highway leading to the country’s capital Kabul; before that, in addition to Kunduz, it had been Sar-i-Pul, Taliqan, Zaranj and Sheberghan. Over half of the 400 districts into which Afghanistan is divided are now controlled by the Taliban, who claim increasing assaults and attacks within Kabul itself.

Kabul to the goods of the insurgents

The White House is standing on the corner today. Military developments have highlighted a reality that sees the initiative in the hands of the Taliban and questions any hypothesis that the US withdrawal does not result in an escape from Kabul left at the mercy of the insurgents and the brutality they have shown so far. But Biden lives up to the announcement made in early July that the war in Afghanistan is over for Washington. Even any remote support to the regular forces of Kabul, logistical and aerial, has seemed to intensify in recent days but very limited and ineffective, hampered by the need to launch missions with drones or AC-130s from bases far from Afghanistan, in Qatar and the Emirates. Arabs, or from an aircraft carrier in the Indian Ocean.

Will the army be able to react?

Dilemmas threaten to grow ever more pressing in the face of further predictable Taliban advances. Some American observers are betting that Ashraf Ghani’s government soldiers will eventually react, that they have the training and the means to do so after years of US presence, making at least an impasse possible. But many fear it is an illusion to count on a stop to the Taliban emboldened by the successes that the Americans already denounce as violations of past commitments to spare provincial capitals.

Use image at risk

It remains to be seen whether the White House has future reactions in store if the rapid setbacks on the ground continue. At stake is the dramatic loss of other, even more significant cities: from Mazar-i-Sharif in the north, under siege after the fall of Kunduz, to Kandahar, the second center of the country, to reach Kabul itself, where a crowded US embassy. Such a defeat can transform the controversial image of US withdrawal into a profound foreign policy defeat, capable of worrying Washington about the damage to its international credibility. Alarms to this effect have been raised by the Pentagon since spring: both Defense Secretary Lloyd Austin and Chief of Staff Mark Milley advised Biden to avoid a total withdrawal.