Greece announces payments of 150,000 euros for those who lost their homes due to fires 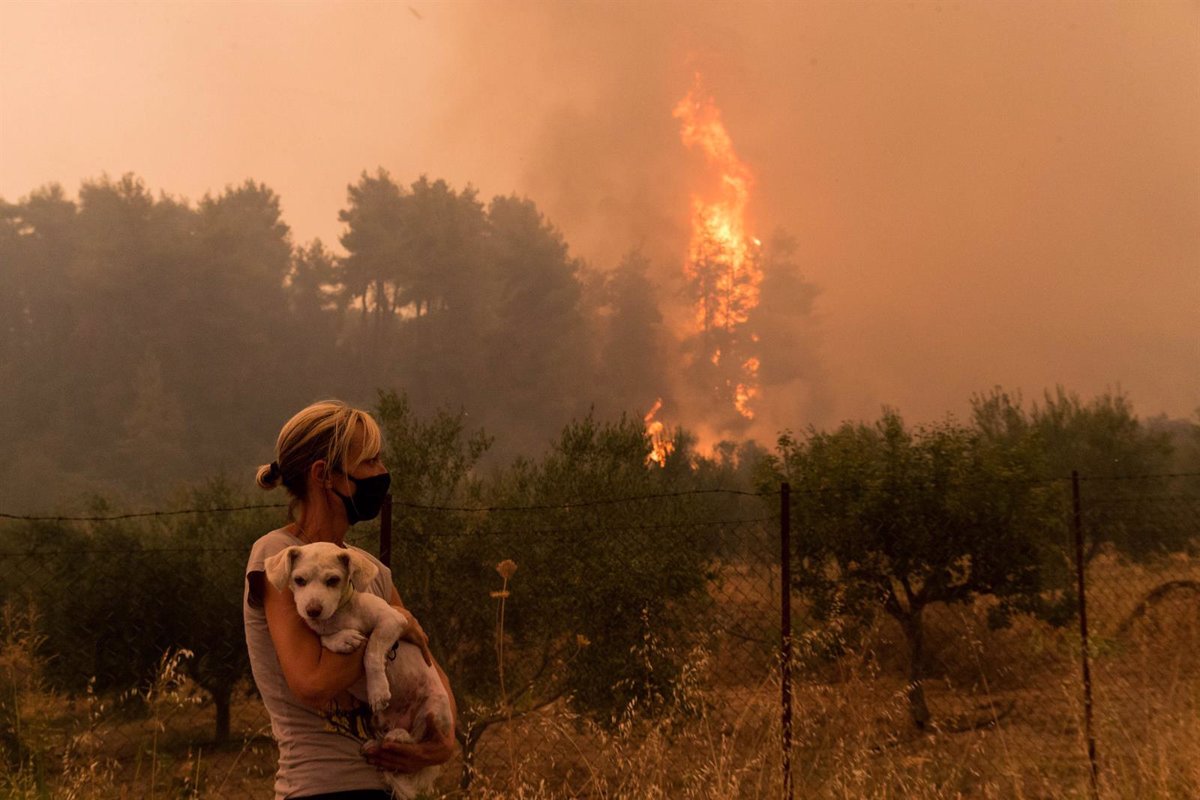 Greek Prime Minister Kyriakos Mitsotakis has announced payments of up to 150,000 euros to those who have lost their homes due to the fires, as well as a temporary exemption from their tax and financial obligations, as the fires continue to burn for the eighth day in a row. –

The new measures of the Hellenic Government are part of an ambitious plan that also seeks to compensate up to 70 percent of the total material losses of those affected, in addition to tax exemptions, such as property taxes or security contributions Social.

Affected farmers will be able to request compensation of up to 4,000 euros for the next few months, while the possibility of rental aid with up to 500 euros per month will also be opened.

For the Attica region and the island of Euboea, Mitsotakis has announced a special allocation of some 500 million euros from the state budget, which will be added to the European Union Recovery Fund, which will be used for the reforestation work of areas ravaged by fires.

Meanwhile, residents of the northern area of ​​Euboea have spent another very difficult night this Monday, with the fire burning for the eighth consecutive day and stalking other small towns, reports the Greek newspaper ‘Kathimerini’.

Firefighters have warned that the situation is worsening this Tuesday on the second largest Greek island due to strong winds, in addition to opening other fronts in the Peloponnese, where in the last hours another twelve communities have been evacuated.

Although the Greek government has announced that there will be compensation and has insisted that the priority must be to preserve “life” over other issues, many residents continue to deal with the fire together with emergency teams, refusing to leave their homes.

“The police came and told us to evacuate the town, but we cannot, this is our property. We cannot let our houses burn down,” said Ioannis Aggelopoulos, a 55.year.old neighbor who runs a workshop in Istiaia, in the far north of Euboea.

So far, according to the latest balance provided by the Greek head of government himself, thousands of people have had to be evacuated because of the 586 fires that have been registered throughout the country, aggravated by the largest heat wave recorded in the last thirty years.

About a thousand members of the Fire Brigade have been deployed. Among them is the first fatality of these fires, whose burial will be covered by the State. Three others have been hospitalized. Added to them are the troops and teams who arrived from other countries both inside and outside of Europe, as well as hundreds of volunteers and dozens of neighbors desperate because of the passing of the flames.

So far, and according to the latest estimates this Sunday, the National Observatory of Athens reports that some 650,000 hectares in total have been burned.