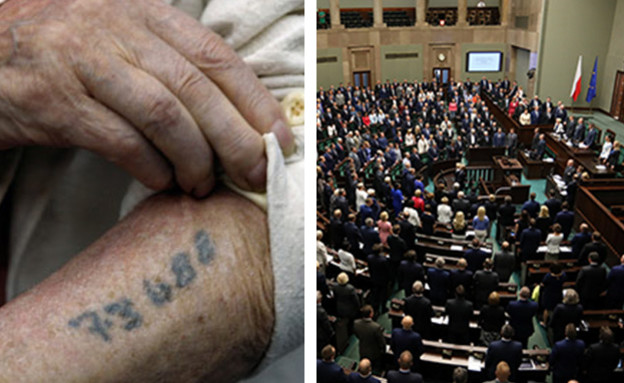 Washington condemns Polish law: US Secretary of State Anthony Blinken last night (Wednesday to Thursday) condemned the legislation that is expected to harm Holocaust survivors and passed it in the Polish parliament. “The United States is very concerned about the passage of legislation,” he said.

“The United States is very concerned about the passage of legislation in the Polish parliament regarding property restitution claims,” ​​Blinken said. “We reject Polish President Auntie for not signing this bill.” He added on Twitter that “our common values ​​are our mutual security.”

We are troubled by legislation passed in Poland severely restricting restitution for Holocaust survivors and owners of property confiscated during the Communist era, and draft legislation that would gravely weaken media freedom. Our shared values are our mutual security.

Meanwhile, the Warsaw parliament last night approved a law designed to end property restitution claims and compensation for property confiscated by the country’s communist occupation regime in the 1940s and 1950s, including property of Holocaust survivors. The President of Poland, Andrzej Duda, has 21 days to sign the law that arouses resentment in Israel or to veto it.

“The State of Israel will not compromise on any comma in the memory of the Holocaust,” Foreign Minister Yair Lapid attacked in response. “Against any attempt to rewrite history, and to promote compromises and concessions at the expense of the Holocaust of the Jewish people and the rights of Holocaust victims. Poland knows what is the right thing to do, to repeal the law.”

The law that is causing a storm in Israel: Holocaust survivors will not be able to claim their property

In the late 1940s and early 1950s, the Polish communist authorities enacted a program of confiscation of property throughout the country, which included much of the property that belonged to the Jewish population before World War II – about three million people, 90% of whom were murdered by the Nazis. Much of the confiscation of property was carried out in accordance with laws enacted by the communist regime, but some were made outside these laws – leaving room for the original owners, or their heirs, to return the property through the Polish courts.

The new law will not allow a court to revoke a confiscation of property if 10 years have passed since the confiscation took place. In addition, the new law will not even allow court proceedings to be returned to property if 30 years have passed since the property was confiscated. Finally, if legal proceedings have already been initiated for the return of a specific property, but they began more than 30 years after it was confiscated and the legal proceedings were not completed before the entry into force of the new law, then this claim will be automatically dismissed.

To listen: “One a Day”: Israel vs. Poland – War on Memory