Afghanistan, US intelligence: Kabul could fall in 30 or 90 days 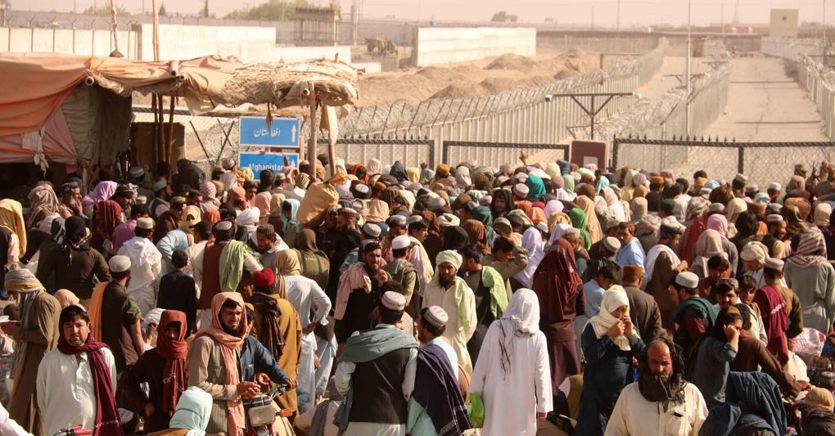 The Taliban conquered the city of Faizabad in the north ofAfghanistan– It is the ninth provincial capital to fall into the hands of the insurgents in less than a week. “In the late night between Tuesday and Wednesday – said a source – the Taliban conquered the city”. To complete the negative picture, the US administration’s forecast, according to which Kabul could fall within 3 months.

The advance of the Taliban continues in 6 days of fighting and after the withdrawal of American troops. The confirmation comes from local MPs and the spokesman for the insurgents, Zabihullah Mujahid, who explained on Twitter that they have taken “complete” control of the provinces of Badakhshan and Baghlan. “No one was injured in these operations since the enemy fled,” he said. “After several days of resistance, the Badakhshan security forces withdrew because requests for air and ground reinforcements were not met,” a local official told the Pajhwok news agency. In Pul.e.Jumri, the capital of Baghlan province, the Taliban took control of the governor’s office, police barracks, intelligence center and “all government institutions,” said the official quoted by the Dpa on condition of anonymity.

US forecast: Kabul can fall within 30.90 days

Administration Biden prepares for the fall of Kabul, which could come much sooner than feared in light of the rapid advance of the Taliban. This is what administration officials report to the Washington Post, explaining that the US military believes that Accept may capitulate within the next 90 days, while other more pessimistic forecasts bring the date of the Taliban conquest to the next 30 days. The sources of the US newspaper, who wished to remain anonymous due to the delicacy of the issue, say that the situation in Afghanistan is much more compromised than was believed last June, when intelligence predicted that the fall of Kabul could take place. within 6 months of the withdrawal of American troops. “Everything is moving in the wrong direction,” said an official familiar with the new intelligence report. On Tuesday evening, President Joe Biden, despite the Taliban’s rapid military successes, including the conquest of 8 provincial capitals, said he did not “regret” the decision to end the 20.year US military intervention in Afghanistan and not consider any changes to the withdrawal plans.

“Hundreds” of Afghan soldiers who had withdrawn near Kunduz airport after the fall of the city in northeastern Afghanistan last weekend surrendered to the Taliban on 11 August. The provincial councilor, Amruddin, told AFP Guardian– “This morning hundreds of soldiers, policemen and members of the resistance forces surrendered to the Taliban with all their military equipment,” he explained.

Afghan President Ashraf Ghani arrived on Wednesday morning in the city of Mazar.e.Sharif, in the province of Balkh, to take stock of the security situation. Accompanying the president are Ghani’s advisor for security and political affairs Mohammad Mohaqiq and former mujahideen commander Juma Khan Hamdard, Tolo News broadcaster explained. On Tuesday evening, the former Afghan Vice President, Marshal Abdul Rashid Dostum, also went to Mazar.e.Sharif, for a security summit in the presence of Marshal Dostum, former governor of Balkh Atta Mohammad Noor and officials of the security in the province, a source quoted by Tolo News said.