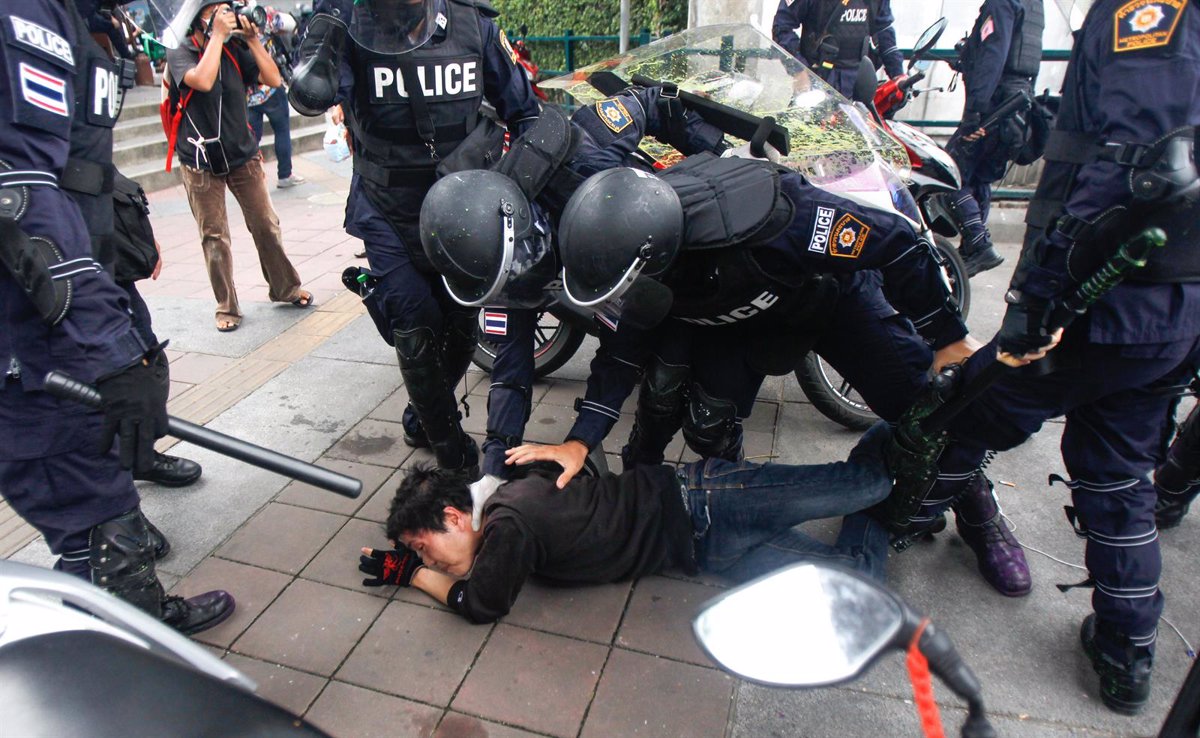 Thai security forces have arrested dozens of protesters in the framework of anti.government protests organized in recent days in the capital, Bangkok, which have intensified in recent days due to successive records of COVID.19 infection.

The Thai Ministry of Health has reported 22,782 new cases of coronavius ​​this Thursday, an unprecedented figure since the beginning of the pandemic and which comes accompanied by the confirmation of another 147 deaths. About 10,000 positives correspond to the metropolitan region of Bangkok.

The authorities maintain a ban on meetings, which has not prevented hundreds of people from taking to the streets in recent days to, among other demands, demand the resignation of Prime Minister Prayut Chan Ocha, who led the coup in 2014.

The mobilization has resulted in clashes between police and protesters in which there have been injuries on both sides and more than 60 detainees, according to a police report collected by the newspaper ‘Bangkok Post’.

The frustration derives in part from the socio.economic effects of the pandemic control measures, hardened in the face of the escalation of infections that has been registered since April. In addition, only 6.5 percent of the population has received the complete schedule of the COVID.19 vaccine, reports the DPA agency.