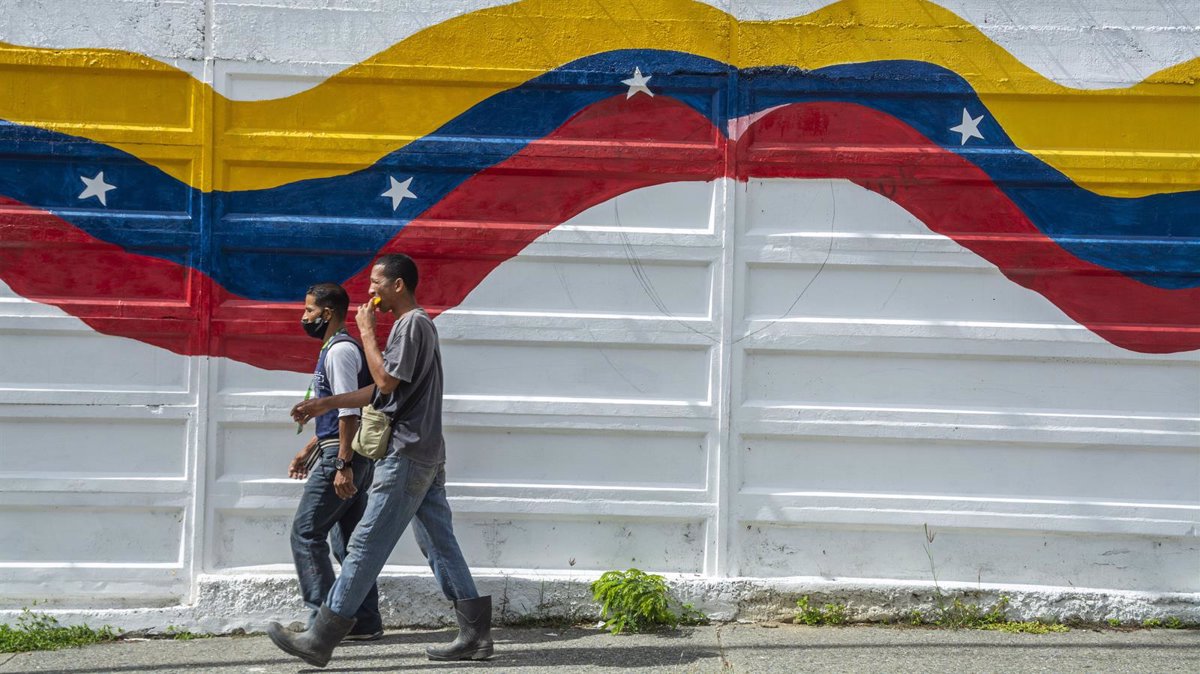 The opposition is divided, with a sector agglutinated around Capriles in favor of participating in the regional

Maduro announces that Jorge Rodríguez will lead the Government delegation in Mexico, of which his son will be part

The Mexican Government confirms that the dialogue begins this Friday

Representatives of the Government and the opposition have met in Mexico City to start a new negotiation process with which to solve the serious crisis at all levels in which Venezuela is plunged, without for now the prospects of success being greater than those of other failed processes.

The Ministry of Foreign Affairs of Mexico has confirmed in a statement that the dialogue will be installed on the afternoon of this Friday, after Norway, which acts as a mediator as in the previous process, confirmed on Wednesday that both parties were “in the final phase of the exploratory talks, with the aim of starting negotiations in Mexico. “

Maduro has already confirmed the presence of the Government at the meeting. “We believe in dialogue as the way, as the way to listen and understand each other,” he said last Sunday, emphasizing the starting position with which Caracas goes and that goes through the lifting of sanctions, the recognition of legitimate institutions Venezuela and renouncing the conspiracy.

The dialogue, he pointed out, will be structured in seven points. As Europa Press has learned, these points will be: electoral guarantees; political rights for all; review of sanctions and assets; respect for the rule of law; political and social coexistence; protection of the national economy; and monitoring equipment and guarantees.

On the government side, Maduro has announced this Thursday that Jorge Rodríguez, president of the National Assembly that emerged from the 2020 elections and does not recognize a large part of the international community, will lead the delegation.

As part of this delegation, Nicolás Ernesto Maduro, son of the Venezuelan president, also travels to Mexico, who has said that both he and the president of the assembly will go “to dialogue with the extremist opposition ruled from the United States,” reports Venezolana de Televisión. .

Regarding his position at the beginning of the talks, Maduro has stressed that his government’s disposition is “to do what corresponds for the happiness and peace of Venezuela,” but, he added, that he will do so “without bowing to threats. foreign “.

THE OPPOSITION, WITHOUT UNITARY MESSAGE

As for the opposition, it does not come with a unitary message to the meeting, as can be seen from the statements made by its leaders in recent days. Juan Guaidó, whom some countries like the United States consider the legitimate president of Venezuela, has appealed for unity in the face of the meeting.

“In unity we can achieve a national salvation agreement,” the opposition leader wrote on his Twitter on Wednesday. “Our effort has been and will continue to be to build the greatest and best possible union of all the factors that we want a change, because our country needs it,” he claimed. “United, in the same direction, let’s save Venezuela!” Snapped the leader of Voluntad Popular.

But as happened before the parliamentary elections last December, in the last hours a discordant voice has emerged again in the ranks of the opposition, that of former presidential candidate Henrique Capriles. As then – although he later reversed himself – the former governor of Miranda has been in favor of participating in the appointment with the polls scheduled for November 21, something that Guaidó has ruled out so far.

“I, like millions of Venezuelans, believe that we must vote on November 21 because it is our right and we should not renounce it,” Capriles defended, claiming that the elections represent an “opportunity” for Venezuelans to express themselves and for them to the opposition can articulate, organize and “regain strength”.

“We must break the inertia, get out of the pothole of apathy and organize ourselves,” commanded the also leader of Primero Justicia, stressing that the elections “are not the objective but an important part of the path for change that we have been seeking for years. our country”.

Likewise, Capriles gave his support to the planned negotiation in Mexico and announced that his party’s delegation will be led by Tomas Guanipa. This, until now a representative of the Guaidó ‘government’ in Colombia, announced hours later that he was resigning from that position to “make every effort necessary to make this process useful for the freedom of Venezuelans.”

“Today we take on new challenges that range from negotiation to achieving a solution to the crisis that Venezuela is experiencing today as well as promoting the fight for the right of Venezuelans to choose,” he added, in several messages posted on his Twitter.

Stalin González, who was vice president of the National Assembly led by Guaidó, has also confirmed his participation. The member of Un Nuevo Tiempo (UNT) has said that he will travel to Mexico “to fight for spaces of democracy, so that Venezuelans can choose our destiny.”

González has claimed that Venezuela “requires that we work in a coordinated and well-coordinated manner, with respect and assuming everything in a responsible manner.” “Let us avoid the policy of ‘accomplished facts’ or of overlapping strategies, for the sake of this process,” he claimed.

In this sense, he has also been in favor of the opposition’s participation in the upcoming regional elections. These elections, he stressed, are not “just another election but an opportunity to achieve the participation of all sectors, to organize ourselves with and for the people, to guarantee confidence in the vote as an instrument of struggle and to recover spaces”.

The other two parties that make up the so-called G4 of the Venezuelan opposition, Voluntad Popular – the formation of Guaidó and Leopoldo López – and Acción Democrática, have not yet confirmed who their representatives will be.

The opposition avoids making dialectical concessions to the Maduro government, which in recent years it has repeatedly accused of perverting the term ‘dialogue’. In fact, Capriles chose on Wednesday in his public appearance to speak of “process”, making it clear that there is still a need to build a minimum of trust between the parties.

Not surprisingly, on everyone’s mind are the previous – and unsuccessful – attempts at rapprochement, the first of which arose in 2014 after the massive opposition mobilizations in February, which resulted in more than 40 deaths. The rapprochement was considered broken in April, with the street barely mobilized and the Democratic Unity Table (MUD) showing its divisions.

Opposition and Government open up again to talk in October 2016. They sit down with a clearer agenda, contrary to what had happened in the first process, but mistrust led to the MUD in January 2017 ending the dialogue.

In September 2017, the Dominican Republic serves as the stage for a new attempt at rapprochement between the parties, with an agenda to purge responsibilities for the violence, tackle the economic crisis and offer guarantees in the face of electoral appointments. The door closes again in February 2018.

Already in January 2019, Guaidó proclaimed himself ‘president in charge’ and that same year there was a kind of negotiation in Barbados at the behest of Norway, with most of the international community positioned in favor or against one of the two sides. . It also failed.

Since then, both Guaidó and those around him have been making it clear that there is no talking just for talking. Dialogue is not ruled out, he told Europa Press in January this year, as long as it is not “an end in itself.”