North Korea threatened to use nuclear weapons if attacked 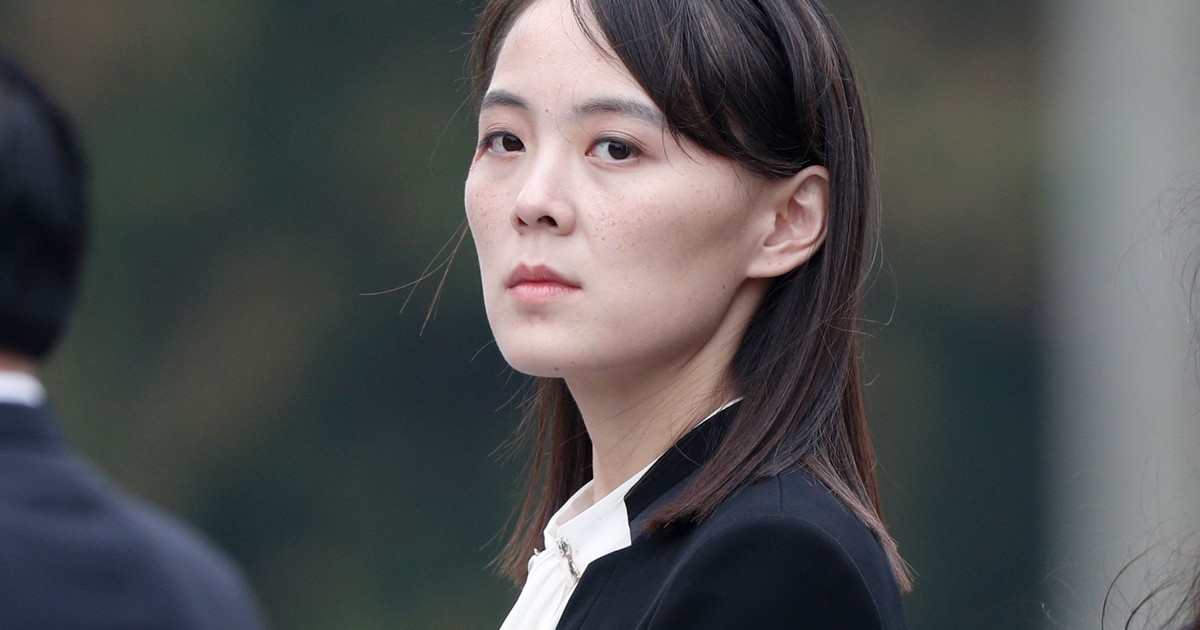 North Korea threatened to use their nukes to “eliminate” the South Korean army if the country receives any kind of preventive attack, he said on Tuesday Kim Yo-jongthe powerful sister of leader Kim Jong-un.

The influential woman’s warning was made in statements to the state news agency, the only channel for information abroad.

In this way, he returned to respond for the second time in the last three days to the South Korean Defense Minister, Suh Wook, who last Friday had said that his army has missiles capable of hitting “quickly and accurately” any target in North Korea. if they receive clear signals of the sending of any North Korean projectile towards their territory.

Kim Yo-jong called those words a “very big mistake” that the “lunatic” Suh ​​has planned a pre-emptive strike against a nuclear power, according to the official KCNA news agency. He also considered Suh to be a “foolish guy” and called him “scum”.

This grave threat came amid a year in which North Korea resumed its weapons tests, which included the first full-range ICBM launch since 2017.

“In case South Korea opts for a military confrontation with us, our nuclear fighting force will have to do its duty“said Kim Yo-jong, a key political adviser in Pyongyang from her position as deputy director of the Propaganda and Agitation Department of the ruling Labor Party.

In addition, he specified that the “primary mission” of his country’s nuclear forces is to serve as a deterrent, but if a conflict breaks out, these weapons will be used to “eliminate the armed forces of the enemy”.

Last Sunday he lambasted Suh’s “reckless comments” and warned that the South must “discipline itself if it wants to avoid a disaster”.

Increased activity at the space base

A set of satellite images analyzed by experts resulted in a report published last Friday that alerts about a increased activity at North Korea’s space launch base, located in Sohae. Leader Kim Jong-un recently called for upgrading that center to launch larger rockets.

Photos of Sohae (northwest North Korea) taken over the past week show that a series of materials piled up outside the launch pad have been gradually moved to a processing building, according to analysis by the specialized website 38 North.

“These materials are surely associated with Kim’s (Jong-un) order to rebuild and expand facilities related to the ‘general assembly’ of rockets,” the experts explained.

In his early March visit to the site, the leader ordered the modernization and expansion of the launch area, the general assembly and fuel injection and supply facilities, and the launch control center “to enable the largest carrier rocket launch“and deploy new reconnaissance satellites.

The United States has denounced that, with the excuse of putting satellites into orbit, North Korea is planning a space launch that will serve to test its own technology for an intercontinental ballistic missile (ICBM), as it has done on previous occasions.

North Korea, which remains totally isolated by the pandemic and with no sign of opening up to the outside world soon, approved a five-year weapons modernization plan in January 2021, which is behind the recent increase in projectile tests (12 since the beginning of the year, a record number).

In addition to launching its first ICBM since 2017 two weeks ago, satellite images suggest that the regime could soon test a submarine-launched ballistic missile (SLBM) and that could re-detonate an atomic device for the first time in five years.