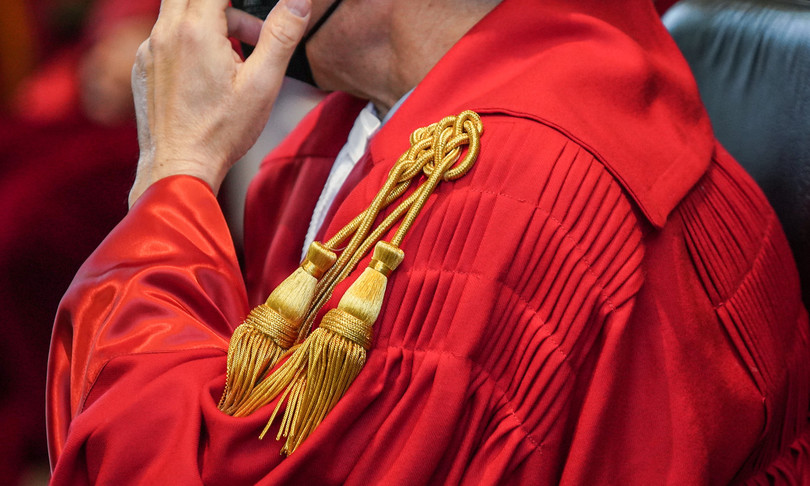 The stop to Russian gas, the reform of the justice system and the divisions in the center-right in view of the administrative authorities. These are the issues in the foreground on the political pages of the newspapers on newsstands today.

“Revolving doors”, the alt of Palazzo Chigi. But justice continues to be discussed. Orban’s victory embarrasses the EU. And Putin applauds him. Salvini and Meloni praise the leader: “he won alone against everyone”. Yard Def, GDP is below 3%. Savings, 2 rates appear. Among the hypotheses, withdrawals of 15 and 26% on income from capital. Today a majority summit.

Conte’s ambiguities embarrass the Democratic Party, “where does he want to go?”. Annoyance among the dem about the statements of the M5s president on war and Italy’s international role. Greater harmony with Di Maio. And the debate on the proportional is restarted. Interview with the vice president of Forza Italia, Tajani: “Moscow must punish those responsible for the massacres. No to the anti-US tones of the 5S garment “.

The case: those Sputnik articles relaunched by Casaleggio and now deleted from the web. From Turin to Palermo center-right in pieces, appeals and mistrust break the alliance: in the Sicilian capital 6 candidates for the Communals, agreement blocked in Catanzaro and Parma. In Basilicata council reshuffle 2 times in 16 days.

Giallorossi pact: while in Rome Pd and M5s quarrel, the agreement holds for the Administrations. On June 12 united in the 25 capitals. Open case, Renzi show in court: “Scandalous process, now new dossiers on public prosecutors”. Reform of the CSM, another black smoke: today we go to the Chamber amid vetoes and tensions.

Gas, Draghi cautious on the block. The hypothesis of using restricted accounts. Gazprom could cash in only after the ceasefire. And already next week the premier will be in Algeria. Here comes a Def without too many pretensions. The revised GDP below + 3% discourages the deviation. Stability pact towards postponement. The M5s prepares to expel Petrocelli. But he will resist indefinitely. Cartabia, knots remain on CSM and revolving doors. The “ius scholae” is closer. Forza Italia: yes, but without automatisms. Cattaneo (FI) speaks: “We are asking for eight years of studies and without creating new diplomats”.

Interview with Mulè (FI): “Those who threaten the crisis are now a deserter”. The Undersecretary of Defense: “Making the government shake now is like letting go of the soldiers on the front line. Count as premier increased military spending during the pandemic ”.

From the land register to the minimum wage, Draghi ends up in the quagmire. The war rewrites the Def: the growth estimates go from 4.2% to 3%. Politics anxious for former premier De Mita: new hospitalization after hip surgery. Justice reform, interview with Zanettin (FI): “We will not step back on the separation of careers”. Verini (Pd) speaks: “The amendments on the CSM must be withdrawn”.

The land registry remains in the tax delegation but the center-right collects the flat tax. The government closes the dialogue on real estate and obeys the EU. A sop also to the grillini with the confirmation of the cashback. The one-time allowance is a small blow to families who have a home.