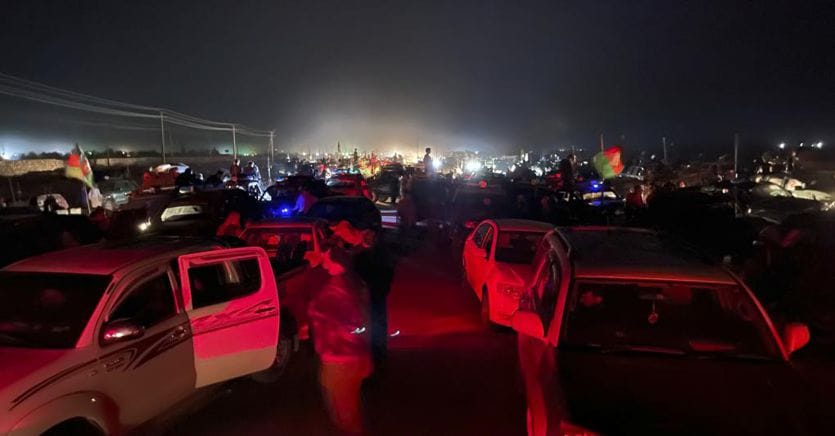 One trillion dollars. Or, to put it in the “American” way, 1 trillion dollars. It is the cost incurred by the United States for the entire 20.year duration of the invasion of theAfghanistan (October 2001) and a few weeks (or days) after the Taliban reconquest, according to the forecasts of Washington intelligence. The budget for military and reconstruction spending in Afghanistan therefore appears to be one of the biggest wastes made by the West in the post.war period. The country that has spent the most, of course, is the United States, followed by the United Kingdom with 30 billion, by Germany with 19 billion dollars and byItaly with 8.7 billion euros.

The cost incurred by the US

Between 2010 and 2012, when the Pentagon was keeping over 100,000 troops in Afghanistan, the cost of the war had grown to nearly $ 100 billion a year, according to data provided by Washington. Costs dropped considerably as military engagement shifted from offensive operations against Taliban insurgents to training Afghan forces.
According to a report presented in 2018 at US Congress, by 2018 the cost of the military presence in Afghanistan had dropped to $ 45 billion a year. Between October 2001 and September 2019, the Pentagon calculated that total military spending in Afghanistan reached $ 778 billion. To make a comparison with the Vietnam War, it has been calculated that between 1965 and 1974 the United States spent $ 138.9 billion on the conflict (without taking into account inflation adjustments).
Another possible comparison is that drawn by Todd Harrison, an expert at the Center for Strategic and Budgetary Assessments, who in his study estimated that the annual cost for each soldier employed in the war in Afghanistan was equal to 1.1 million dollars against the 67 thousand dollars a year of the Second World War and $ 132,000 a year from the Vietnam War.

Funds for reconstruction and aid to the civilian population must then be added to military spending in Afghanistan. It is estimated that the US State Department, together with the International Development Agency (Usaid) and other federal agencies spent $ 44 billion. This brings the official costs of the US presence in between 2001 and 2019 to 822 billion dollars, without however taking into account how much was spent in the neighboring area. Pakistan, used by the Americans as a logistical and military base for operations in Afghanistan.
According to a 2019 study by Brown University, quoted by the BBC, the total US spending in Afghanistan and Pakistan (also taking into account the funds included in the 2020 budget) was 978 billion dollars.
Official data also indicate that since 2002, the US has also spent $ 143.27 billion on reconstruction projects. First, the creation of the Afghan security forces, including the army and police, to which 88.32 billion dollars have been allocated. About $ 36 billion went to the Afghan government and development projects, while other funds went to anti.drug campaigns and humanitarian aid.

The expenses of the other countries: Italy 8.7 billion euros

It is estimated that UK e Germany, the NATO countries that have employed the largest number of soldiers in Afghanistan after the US, have spent 30 billion dollars and 19 billion dollars respectively on the war. The USA and the ThenFurthermore, while withdrawing their contingents, they had promised funds of 4 billion dollars a year in Kabul until 2024, to finance the Afghan military forces, to which, according to the BBC, supplies and materials have already been sent this year. for a value of 72 million dollars.
As for theItaly, according to a study byMilex Military Spending Observatory, the total 20 years of Italian presence in Afghanistan involved the outlay of 8.7 billion euros, of which 840 million relating to direct contributions to the Afghan Armed Forces.
The same government forces, Milex points out, which in the weeks immediately following the withdrawal of international contingents suffered heavy defeats in clashes with the Taliban and, in recent days, seem to have handed over entire cities and provinces to the insurgents without a fight.