Volodymyr Zelensky: “The UN failed to provide security in the world” 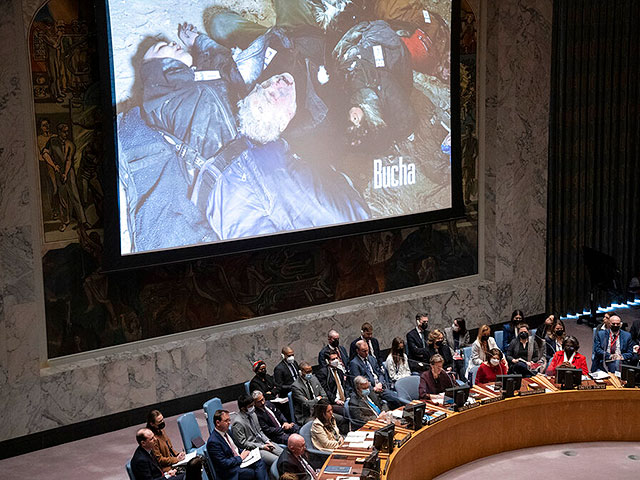 On Tuesday, April 5, the UN Security Council met to discuss the situation in Ukraine, including accusations of the killing of civilians by the Russian military in the Ukrainian city of Bucha.

President of Ukraine Volodymyr Zelensky, addressing the meeting participants via video link, accused Russian troops of killing and raping civilians. He claimed that Russian soldiers killed “just for their own pleasure.”

“They cut off limbs, slit throats, raped and killed women in front of their children. They had their tongues torn out just because they didn’t say what the aggressor wanted to hear from them,” Zelensky said, adding that the Russian military is no different from “other terrorists”.

Zelensky accused the UN of failing to ensure world security because Russia uses its veto in the Security Council as a weapon.

Zelensky proposed holding an international conference in Kyiv to discuss how to further maintain world peace.