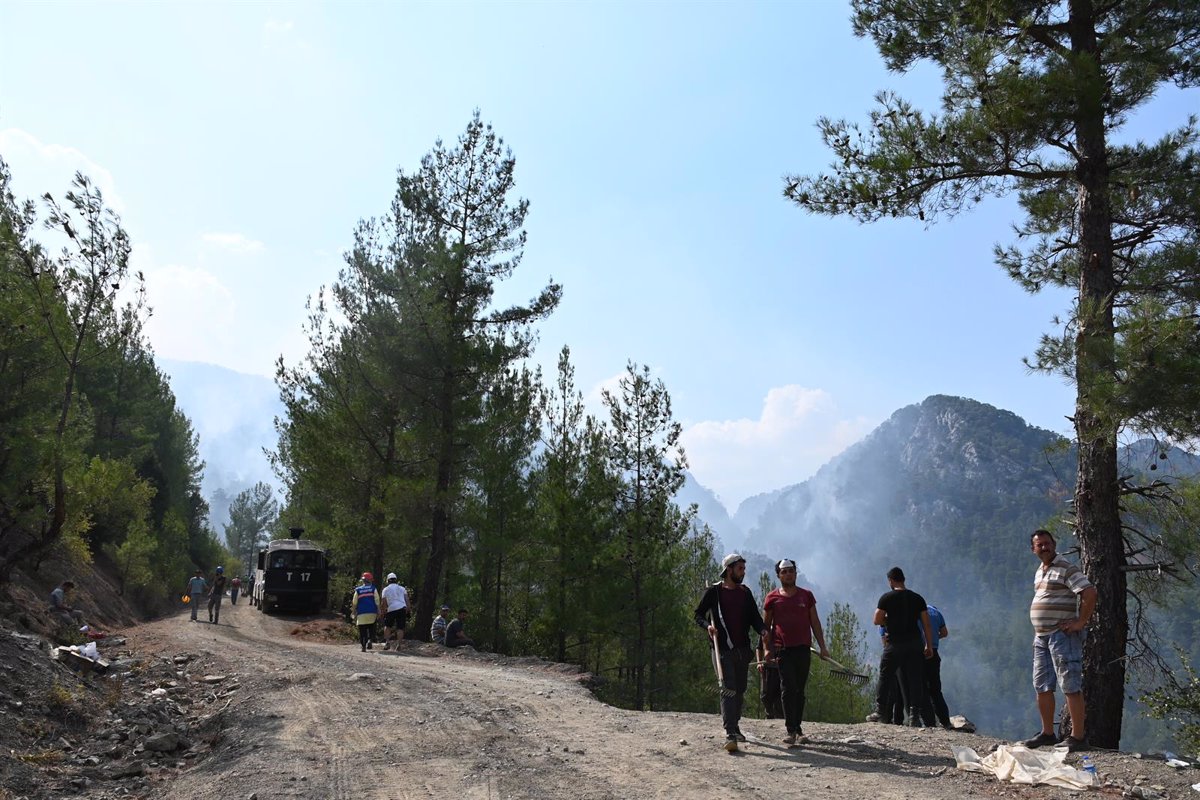 At least eight people have died, including five Russian soldiers, when a Russian plane that was helping to extinguish the fires in Turkey crashed, according to the Russian Defense Ministry in a statement.

“On August 14, 2021, around 3:00 p.m. local time, a Russian Be-200 plane crashed during a landing after completing the tasks of extinguishing fire sources in the town of Adana, Turkey,” according to the statement collected by the official Russian news agency Sputnik.

The note adds that there were five Russian military personnel and three Turkish representatives on board the aircraft, with whom contact was lost in the Kahramanmaras area, as reported by the regional governor, Omer Faruk Coskun, to DPA.

A later statement, picked up by Sputnik, confirmed the deaths of all the passengers.

Turkey has fought nearly 300 forest fires across the country since July 28, in what the government described as the worst disaster of its kind in history.

The fires, which have particularly hit Mediterranean resort cities, are now largely contained, President Recep Tayyip Erdogan reported on Friday. However, the flames have devastated thousands of hectares and left, to date and without counting this incident, eight dead and more than 860 injured.

Several countries, including Russia, Spain and Qatar, have sent planes to help Turkey.