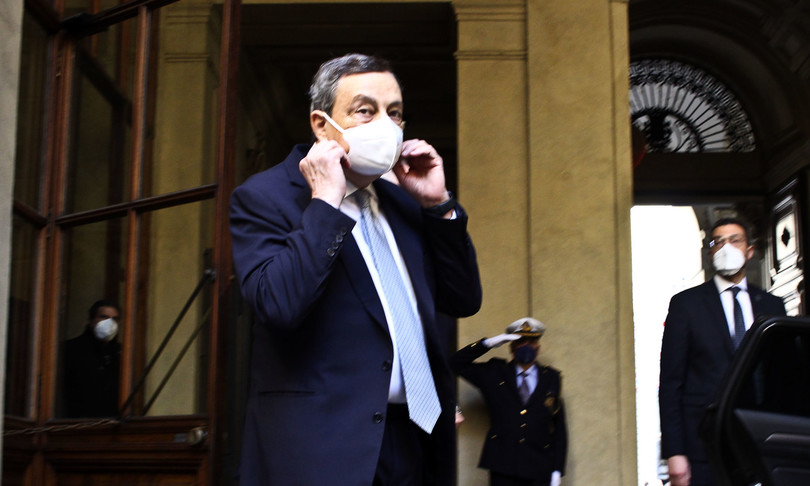 by the correspondent Massimo Maugeri

Italy “condemns the massacres of civilians in Ukraine in recent days”: “War crimes must be punished” and Putin, the authorities and the Russian army “must answer for their actions”. Prime Minister Mario Draghi arrives in Turin for the signing of the pact for the city, 1.1 billion euros in 20 years put on the table by the government to help the Savoy administration to recover from its debt. But the dramatic situation on the ground of the conflict and the massacres of civilians committed by the Russian armed forces and documented by the envoys on the ground, are the theme that the premier addresses immediately and with very clear words.

The morning opens with the decision of the Italian government, in the wake of the position taken by other countries, starting with Berlin and Paris, to expel 30 Russian diplomats from the country for reasons of “national security”. A choice from which the Lega distances itself, but which the premier claims. “It’s a decision-he says- taken in agreement with European and Atlantic partners“The EU will also announce that it has expelled 19 Russian diplomats accredited to the Union.

The terrible images of Bucha and Irpin and the “atrocities committed in the other places liberated by the Ukrainian army deeply shake our souls as Europeans and convinced democrats”, says Draghi as he begins his speech in the Red room of the Turin town hall. “Independent investigations must shed full light on what happened. War crimes must be punished. President Putin, the authorities and the Russian military will have to answer for their actions,” he adds. At the same time, Ukrainian President Volodimyr Zelensky at the UN talks about “crimes against humanity” committed by the armed forces of Moscow and asks for a new Nuremberg for Putin and the leaders of the Kremlin.

Draghi reiterates “the support of Italy and the EU for the Ukrainian people fighting for peace and freedom“and confirms that the government will support in Brussels the decision of the European Commission to launch the new package of ‘sanctions against Moscow.” Italy is fully aligned with the rest of the European Union and strongly supports the restrictive measures presented by the president von der Leyen. “In the evening, a US administration source confirms that the US will also announce new sanctions against Russia tomorrow, in coordination with the G7 and EU countries.

“I am telling President Putin once again to put an end to hostilitiesstop the massacres of civilians and take part seriously in the negotiations for the achievement of peace “, continues Draghi who repeats the words spoken on the phone a few days ago in a direct conversation with the head of the Kremlin:” I am calling you to talk about peace ” .

But on the ground, the Russian army still speaks the language of weapons. Not only peace, but also the possibility of a ceasefire seems a distant hypothesis. The war unleashed by Moscow hit Ukraine to the heart, but also for Russia, “war makes no sense – concludes Draghi – a war that also for the Russian people means only shame, isolation and poverty”