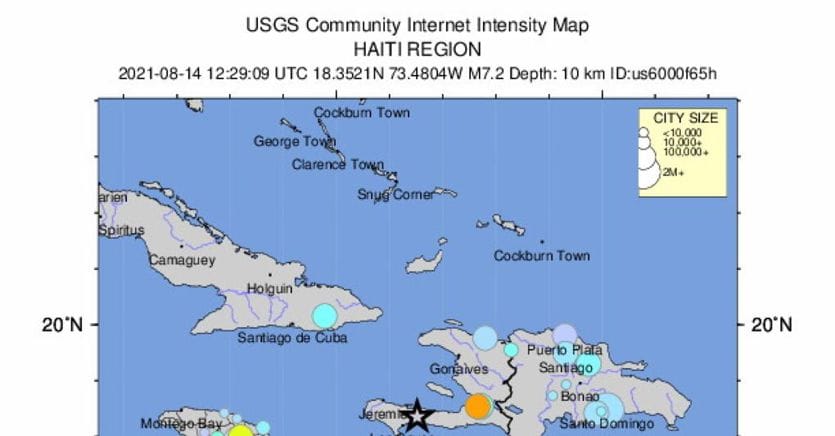 A 7.2 magnitude earthquake was recorded in Haiti, 12 km north-east of Saint-Louis du Sud. The tsunami warning issued immediately after the quake was lifted, as reported by the US Tsunami Warning System. The quake caused many victims and the destruction of many properties, writes Prime Minister Ariel Henry on Twitter. “I offer my condolences to the relatives of the victims of this violent earthquake, which has caused the loss of numerous lives and property in various departments of the country,” said the prime minister. Who then appealed “to the spirit of solidarity and commitment of all Haitians, in order to make a common front in the face of this dramatic situation we are experiencing”.

The magnitude earthquake was felt at 8:30 local time (13:30 Italian time) north-east of the city of Saint-Louis-du-Sud, 10 km deep. The long quake was felt throughout the country and material damage and building collapses have already been recorded in the localities of Jérémie, Les Cayes, Les Anglais and Aquinoise, according to images released by witnesses.

Religious buildings, schools and homes were damaged by the earthquake, residents of the affected area said. On videos shared online, you can see the ruins of various concrete buildings, including a church where a ceremony apparently was taking place in the town of Les Anglais, 200km southwest of the capital Port-au-Prince. On January 12, 2010, a magnitude 7 earthquake devastated the Haitian capital and several provincial cities. More than 200,000 people had died and over 300,000 others were injured, 1.5 million people left homeless