After Conquering Kabul: What to Know About the Taliban 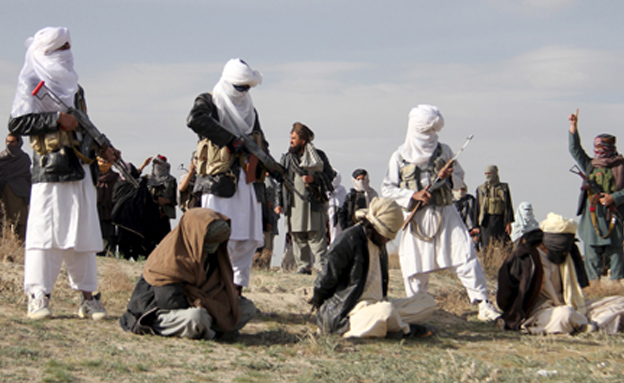 The history of the organization

The word Taliban in the Pashto language, one of the two official languages ​​in the country, means “students”. The organization was established in 1994 in the area of ​​the city of Kandahar in southern Afghanistan. It was one of the factions that fought in the civil war for control of the country following the withdrawal of the Soviet Union and the subsequent collapse of the government. The Taliban grew out of the Mujahideen group, a group of US.backed fighters to repel the Soviets from the country’s territories in the 1980s.

Two years after its inception, the Taliban managed to gain control of most of the country, declaring a Muslim principality in 1996 with a harsh interpretation of Islamic law. Following the al.Qaeda attacks on September 11, 2001 in the United States, US.backed forces in the north were able to enter the Kabul capital in November of that year under the auspices of heavy U.S. military airstrikes.

The Taliban dispersed following the attack to remote areas, mainly mountainous areas, where it began a 20.year revolt against the Afghan government and its allies in the Western world. The organization has carried out several severe attacks against Afghan military forces and American allies over the past 20 years. The Taliban’s founder and original leader was Mullah Muhammad Omar, who hid after the Taliban was overthrown. So secret was his whereabouts until his death in 2013 was confirmed only two years later by his son.

The war caused some Taliban members to cross the border, and they seized mountainous areas in Pakistan and established guerrilla rule there. In July 2007, the Pakistani government announced that it would award a prize of $ 615,000 to anyone who would bring about the capture of the Taliban leader in Pakistan, and the US government also promised a reward to anyone who would bring him to his death.

During his reign from 1996 to 2001, the Taliban enforced strict Sharia law in the country. The organization banned women from studying or working, and required them to leave home only with a “responsible escort.” During the invasion of the capital today, the Taliban claimed it would not violate women’s rights in an attempt to persuade residents not to flee.

However, reports that have come in recent days from areas that have already been recently occupied by the organization indicate that women have been forced to quit their jobs. Earlier this year the Taliban declared it was in favor of “true Islamic rule” in which women and minorities would have rights in accordance with cultural traditions and religious laws.

The attitude in the world to the terrorist organization

Only four countries, including the neighboring one from northern Pakistan, recognized the Taliban rule when he actually led the country in the 5 years in the late 1990s and early 2000s. The vast majority of the other countries, including the UN, recognized another organization that then controlled several provinces in the north of the country as the official ruler of Afghanistan.

The United States and the United Nations imposed sanctions on the Taliban in those days. US Secretary of State Anthony Blinken said earlier this month that if the Taliban took control of Afghanistan and carried out atrocities, it would become an outcast state.