Afghanistan, Taliban in Kabul. President Ghani on the run “to avoid bloodbath” 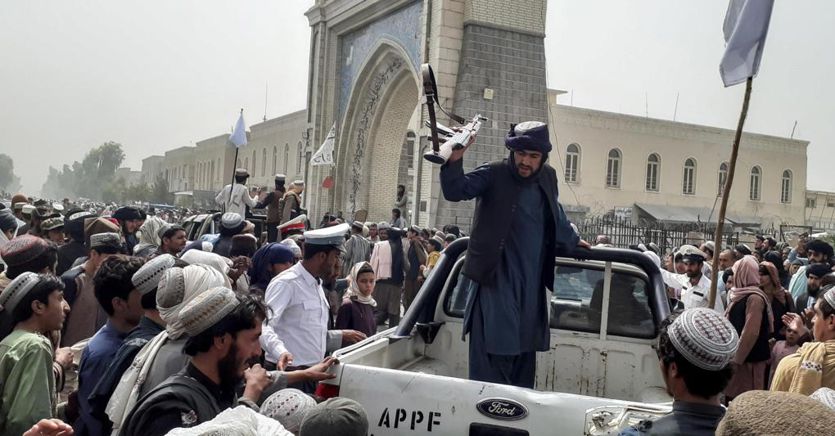 A Taliban representative announced that the birth of the Islamic Emirate of Afghanistan will soon be declared from the presidential palace in Kabul. The British agency Pa reports it on Twitter. The declaration comes after the advance towards Kabul which led the fundamentalists to enter the Afghan capital “peacefully”, as CNN reported. They took control of the Presidential Palace and warned that “there will be no transitional government.” Tomorrow, August 16, the UN Security Council will meet tomorrow to discuss the situation in Afghanistan. Sky News reports. Members will discuss the escalation in the country after the Taliban entered the capital Kabul.

The president: “I fled to avoid bloodbath”

Afghan President Ashraf Ghani has left the country. I did it “to avoid a bloodbath,” he explains in a post on Facebook. And, according to the Asia.Plus news agency, which quotes an Afghan government official, Ghani would have flown from Kabul to Tajikistan. According to official Sajad Nuristani, Ghani was accompanied by his national security adviser Hamdullah Muhib. Nuristani noted that after Tajikistan, Ghani would fly to an as yet unidentified third country.

Taliban spokesman Zabihullah writes on Twitter: «We assure all embassies, diplomatic missions, institutions and foreign citizens in Kabul that there is no danger for them. The forces of the Islamic Emirate have the task of maintaining security in Kabul and in other cities of the country “.

Meanwhile, the American flag at the US embassy in Kabul has been removed. The US ambassador and the flag would now be at Kabul airport, the only way out of Afghanistan. The US embassy issued an alert because “Kabul airport is under fire” and reported shooting in the airport of the capital. American officials have ordered compatriots in the area to take cover, as “the security situation in Kabul is changing rapidly.“

According to the BBC, chaos reigns in the airport, with people running on the runways in order to get on the planes and leave the country. NATO assured its help to manage the evacuations of foreigners. Secretary General Jens Stoltenberg wrote on Twitter: “I spoke to British Prime Minister Boris Johnson and the foreign ministers of our allies Canada, Denmark and the Netherlands about the situation in Afghanistan. NATO is helping to keep the Kabul airport open to facilitate and coordinate evacuations ”. The Guardian reports that at the moment all commercial flights are suspended and only military aircraft authorized to operate according to NATO will depart from Kabul.