Zelensky: “Everyone who took part in Russia’s war crimes will be carried … 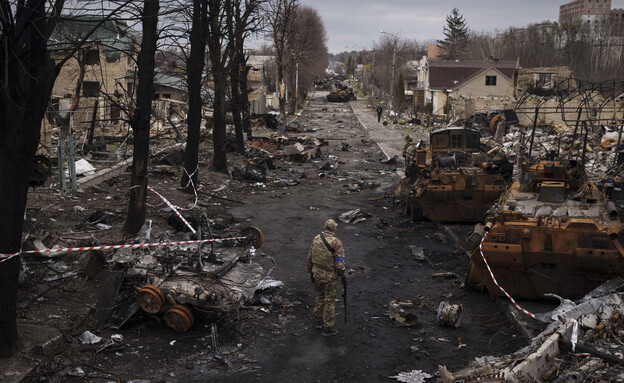 After 50 people were killed last night (Friday) in a Russian bombing at a train station in the Donetsk region of Krametrovsk, President Zelensky responded strongly: “This is another war crime of Russia, everyone who took part in it will be held responsible. This time we expect the world to respond.” The Ukrainian president has confirmed the death toll, including five children.

Russia aims to achieve a victory picture over Ukraine by May 9, according to Western sources. This is a special date for Russia because it marks the Russian victory over Germany in World War II – the Russians are holding a special parade in Moscow and President Putin is giving a celebratory speech in which he hopes to showcase Russia’s achievements in the war.

The war in Ukraine: minute by minute

4:55: The mayor of Makrib claimed that the Russians killed 132 civilians in the city. He described the difficult conditions the residents are in: “We have been without electricity, water, gas and cellular reception for more than a month. We do not even have essential products. The city is in a medical catastrophe.”

4:20: President Zelensky sharply attacked the Russian leadership following the killing of 50 people at a train station in the city of Kramatrosek: “This is another war crime of Russia, everyone who took part in it will be held accountable. This time we expect the world to respond.”

3:19: A spokesman for the Hungarian prime minister said: “Our position is clear – we are not going to intervene in the war in Ukraine by sending troops or weapons.” He clarified that Hungary would provide Ukraine with humanitarian aid.

2:12: Russia aims to achieve a victory picture over Ukraine by May 9, according to Western sources. On this date the Russians mark the Russian victory in World War II, and Putin is expected to deliver a celebratory speech there. For this reason the Russians hope to be able to show significant achievements in the coming weeks.

1:16: Russian forces are reorganizing in eastern Ukraine and plan to advance towards the city of Kharkiv, according to Ukrainian intelligence. “First of all the Russians plan to advance towards Kharkov, then they will try to end the occupation of the city of Mariupol and only then will they try to initiate an attack on Kyiv,” said the head of the Ukrainian intelligence service.