Head to head Macron – Le Pen, but the president goes towards re – election 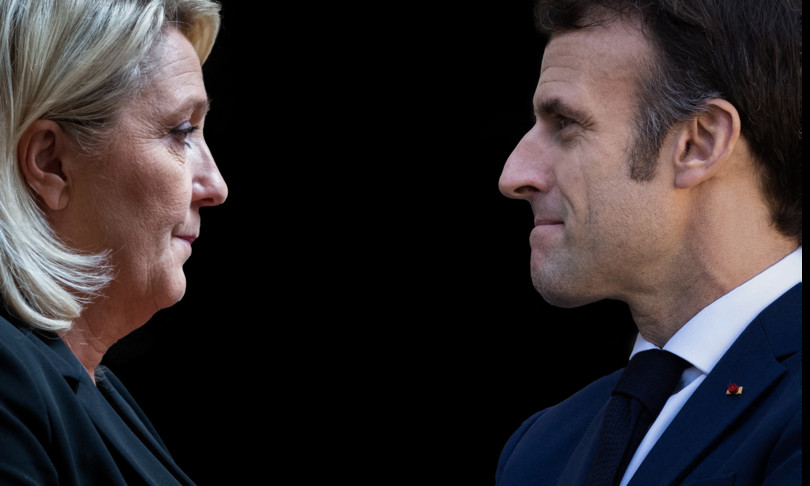 On the eve of the vote in France for the Elysée, increase those who intend to go to urns, but the gap between outgoing president Emmanuele Macron and his main challenger, Marine Le Pen, has never been so thin, at least in the first round: the two are at just one percentage point behind. And in the second Macron has only a slight advantage over the leader of the Rassemblement National, 2%.

However, more than one in 2 French people expect Macron to be re-elected, despite the evident difficulties of the candidate president. This is the result of an Elabe survey that photographs the state of the current balance of political power in France, on the day of electoral reflection.

The heads up is impressive. Marine Le Pen advances and is placed in the first round with 25% of the voting intentions against 26% of Emmanuel Macron. The gap between the two favorites is also reduced in the second round with Macron at 51% (-2 points) and Marine Le Pen at 49% (+2).

In the first round the candidate of France Insoumise, Jean-Luc Melenchon, also rises againwhich reaches 17.5%, in third position; far behind Eric Zemmour (8.5%, -0.5) and Valerie Pécresse (8%, =). It should be noted that, given these results and considering the margin of error, the Macron / Le Pen ballot is obviously the only one considered plausible.

In the analysis of the voting flows, it emerges that the outgoing president maintains very solid support among his own 2017 voters (76% would vote for him again) and significant support among the voters of François Fillon (24%) and Benoît Hamon (21%), but is in general decline in the electorate and has slipped to a level of consensus before the war in Ukraine (it is the so-called “faded flag effect”).

Marine Le Pen advances among those strata of the population that are most inclined to vote for it, namely the French who are struggling to make ends meet (36%, +6). Jean-Luc Mélenchon, the leader of the radical fringe of the French left, advances and reaches 17.5% (+2) of voting intentions and is doing very well among the under 35s, where he registers 27% of voting intentions. As for the others in contention, environmentalist Yannick Jadot is down (4%, -1), while Fabien Roussel (2.5%,) and Anne Hidalgo (2%) are stable.