The party of the Jewish community in Australia during the closure 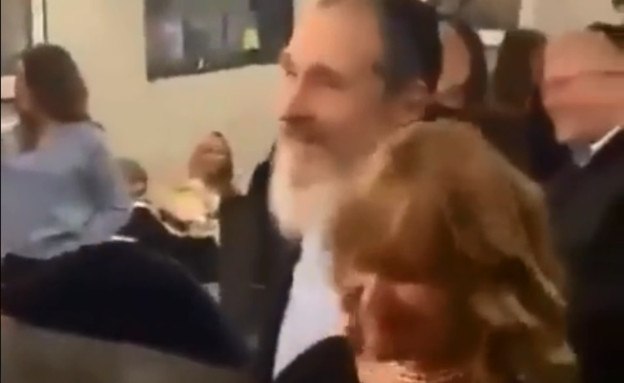 “Obviously it’s legal”: The Australian State Police in Australia opened an investigation tonight (Sunday to Monday) following a video of the Jewish community at an engagement party in Melbourne – while the country is in quarantine. In the documentation, which provoked outrage on the networks, one of the people was seen laughing at the new restrictions, while none of the dozens present wore a mask. After the meeting, 2 of those present were diagnosed positive for Corona.

“Obviously it’s legal because it’s a group therapy session,” said one of the people present at the session in a video that was distributed. At the same time, the dozens present, who belong to the Jewish community in Victoria, appear without masks. The documentation comes at a time when there is a closure in Victoria, sixth in number since the outbreak of the plague.

LAUGHING ABOUT NOT WEARING MASKS AT AN ILLEGAL ENGAGEMENT PARTY IN MELBOURNE. TWO HAVE SINCE TURNED POSITIVE, EXPECT 50+ CASES AND LOCKDOWN TO EXTEND BECAUSE OF THESE FERALS. pic.twitter.com/odYjphIydE

Since the meeting, a woman and her son, residents of East St. Kilda, who were at the meeting have tested positive for Corona. Friends of the family that hosted the event contacted the ABC network and said that after the publication, the family began to receive threats on her life. In a response to ABC, a friend of the family who was at the meeting apologized, after receiving a message from someone who visited her. “We did something wrong, but the hatred that is approaching us is bad,” she said. “So far, we are all isolated and have had negative results.“

The party was attended by a number of prominent members of the Victorian Jewish community. The president of Victoria’s Jewish Community Council, Daniel Agion, said the vast majority of the community adheres to the rules and the family regrets what it did.

“I think it can be described as fatigue from quarantine,” he said. “Someone made a mistake and did something he should not have done. There are a lot of social media that are directed against them, first of all outside the community but secondly, the Jewish community itself is disappointed.“

Meanwhile, 25 new infections have been diagnosed in the last day in the state of Victoria in Australia. This is an increase from the previous day, when Melbourne is already in closure for a second week.