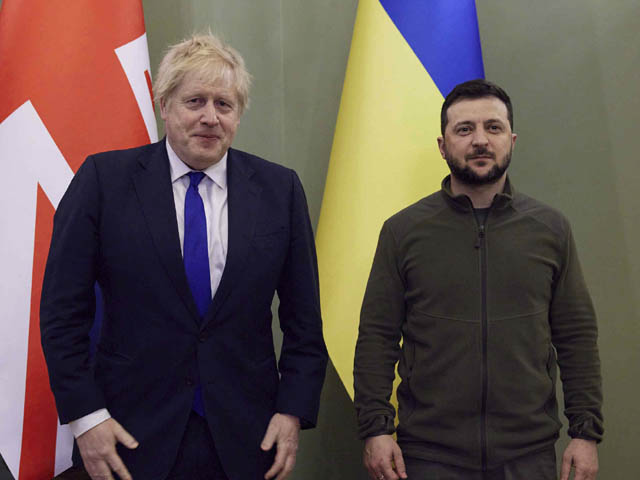 Earlier, Johnson said that Britain would increase military aid to Ukraine by another £100m, and arms deliveries would include anti-tank and anti-aircraft missiles, as well as “kamikaze drones”.

Having met with Zelensky, the British prime minister noted that “Ukraine, contrary to all expectations, pushed back Russian troops from Kyiv and accomplished the greatest military feat of the 21st century.”

“Thanks to President Zelensky’s confident leadership and the irresistible heroism and courage of the Ukrainian people, Putin’s monstrous plans are now being thwarted,” Johnson said.