“We have nothing to eat”, the harsh confession of a Russian soldier to his wife 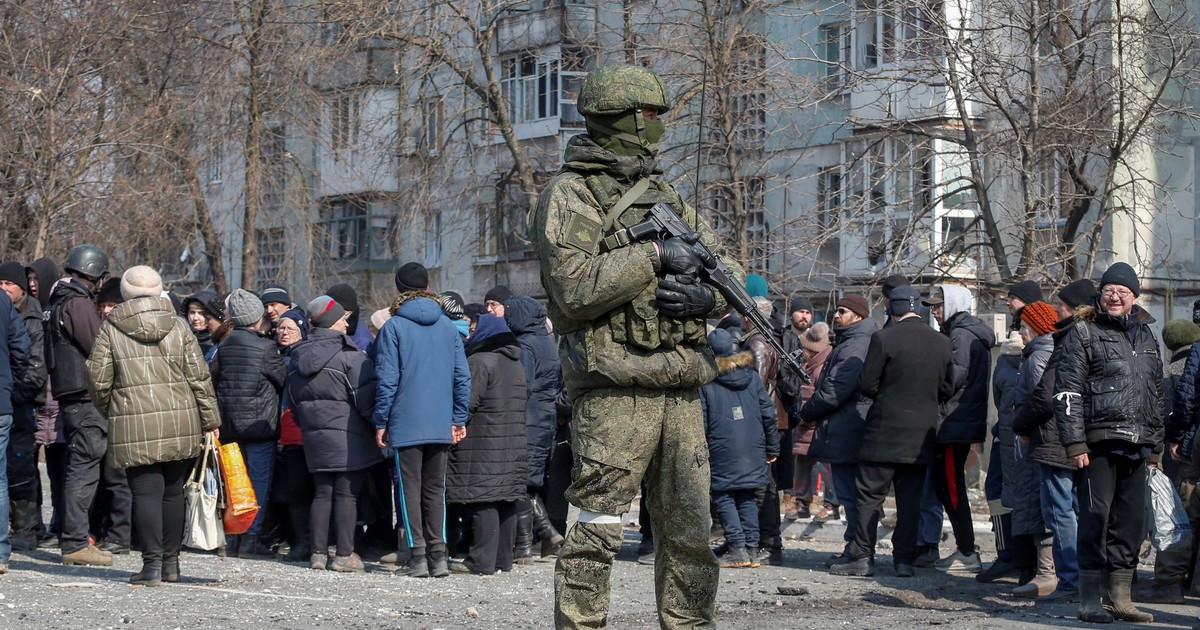 The Russian invasion in Ukraine extends without a clear end and Vladimir Putin’s troops they begin to disbelieve their leaders amid the concern generated by the scarcity of resources.

The Main Intelligence Directorate of the Ukrainian Defense Ministry released this Saturday the transcript of an intercepted telephone conversation between a Russian soldier and his wife, in which he tells her that he and his companions are not fed properly during the military incursion into the neighboring country.

“They give us canned food that is impossible to eat”assures the soldier, who details that they opened one that should contain a kind of stew, with chicken, but the portion was excessively small.

“There are some chicken butts,” says the transcript published by the Ukrainian body.

The canned food Russian soldiers receive, according to Ukrainian intelligence. Photo Ministry of Defense of Ukraine

“Now we have nothing to eat”he adds before referring to the actions ordered and the progress that is being achieved, or not, in the mission of “denazifying” the country presided over by Volodimir Zelenski, as the Kremlin tried to justify.

Then the soldier called Putin an “imbecile”. “I said from day one that it would lead to no good,” it reminded him of his wife.

In that sense, he assures that the weapons they are given “do not help”, as well as the attitude of their own commanders.

# GUR informs
📞 “The plan did not work, and caliber calibers do not help…” the Russian military told his wife about the state of the occupying army.

To which the wife of the occupant concluded that “the plan did not work”.

The soldier summed up the conversation with the hope of “reaching retirement” and retiring from the army.

Meanwhile, Ukrainian President Volodomir Zelensky spoke about the state of talks with Russia. “No one wants to negotiate with a person or persons who have tortured this nation. It is understandable. And as a man, as a father, I understand that very well,” Zelensky said.

However, he clarified: “We do not want to lose opportunities, if we have them, for a diplomatic solution.”

On the other hand, the municipality of Mariupol assured that the magnitude of the crimes of the Russian forces in that city “it is ten times worse than the Bucha genocide”.

The local government published the message through Telegram, with the photo of “an underpass, in the outlying district of Sadkiv”, in which bodies are seen lined up on the ground.

“Here the occupants set up a collection point for the bodies of the murdered residents. Hundreds of corpses are taken to these points every day”, to later “destroy them in mobile crematoria or bury them in mass graves”, they detailed.