On the way to another invasion: Russia has begun another military exercise 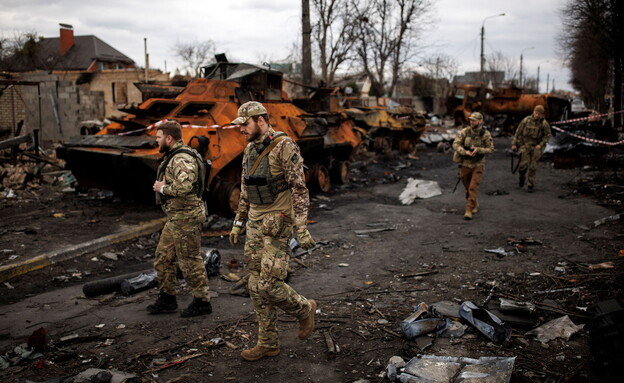 On the way to another invasion? Against the background of the war in Ukraine, Russia began a military exercise in Kaliningrad – a Russian enclave located in Europe, on the Baltic Sea, near Lithuania and Poland. According to the Interfax news agency, the exercise was attended by about 1,000 military personnel as well as crews who shot at targets in the air and on the ground.The exercise comes after Russian Deputy Foreign Minister Alexander Groshenko last Wednesday warned European countries of possible action in the Kaliningrad region and said: “You are playing with fire.” The Russians themselves did not provide explanations for the exercise, but the Reuters news agency emphasizes that the invasion of Ukraine also began after military exercises that Russia conducted, among other things, with its neighbor Belarus.

At the same time, more and more accusing fingers are pointed at Russia for allegedly committing war crimes on Ukrainian soil. Among other things, the German newspaper Der Spiegel exposed broadcasts on Russian radios, in which soldiers were told to interrogate Ukrainian soldiers – and then kill them. British intelligence sources say Russian forces continue to attack infrastructure with a high risk of civilian casualties.

President Zalanski sharply attacked the Russian leadership following the killing of 50 people at a train station in the city of Kramatroska: “This is another war crime of Russia, everyone who took part in it will be held accountable. This time we expect the world to respond.”

Zalansky later released a statement on social media: “Ukraine has no time to wait. Freedom has no time to wait. When tyranny acts aggressively against everything that keeps peace in Europe – action must be taken immediately. Action is needed in principle. And the oil embargo should be the first step, together “With all the democracies and all the civilized world. Then Russia will feel it. Then it will be an argument for them – to seek peace and stop pointless violence.”

Meanwhile, Russia has assigned a senior general to oversee its military campaign in Ukraine, the first time Russia has coordinated command on the battlefield – a hint that, perhaps, the war is entering its final stages. At the same time, Ukraine exchanged prisoners with Russia for the third time – 12 soldiers returned from captivity. In addition, officials in Kiev claim that 4,532 citizens were evacuated during the day from Ukrainian cities through humanitarian corridors.

The war continues on the naval front as well: according to the latest update of British intelligence, Russia continues to fight in the Donbas region of eastern Ukraine, as well as Mariupol and Nikolaev, and does so with the help of Russian navy fighters. We further updated in London that the Russian Air Force has stepped up its attacks in southern Ukraine. However, they note that the Ukrainians are disrupting the plans of the Russians to create a land corridor that will connect the Crimean peninsula and the Donbas.

Find out more about the UK government’s response: https://t.co/E0EjD3xPmZ

The air train of European leaders to Kiev also continues: Tonight, British Prime Minister Boris Johnson visited Ukraine. At the end of the visit, Johnson tweeted that he would deliver a new financial aid package to Ukraine, along with additional military aid, indicating his commitment to the Ukrainian struggle against Russian barbarism.

Today I met my friend President @ZelenskyyUa in Kyiv as a show of our unwavering support for the people of Ukraine.

We’re setting out a new package of financial & military aid which is a testament of our commitment to his country’s struggle against Russia’s barbaric campaign. pic.twitter.com/KNY0Nm6NQ3

European Commission President Ursula von der Lane also visited Kiev, after announcing that she would transfer one billion euros to the Ukrainian struggle – 600 of them directly to Kiev, and another 400 to countries receiving refugees from the war. Earlier, Austrian Chancellor Karl Nihamr also met with Zelsky in the Ukrainian capital.

Your fight is our fight. Europe is on your side.

This is the message I brought to President @ZelenskyyUa and the Ukrainian people yesterday in Kyiv. pic.twitter.com/UvWtm26Iww

Thank you for the open and honest conversation and the friendly welcome in Kyiv @ZelenskyyUa. Austria knows what the Ukrainian people are currently suffering. We will help where we can to alleviate humanitarian suffering and end this war. pic.twitter.com/0OhtvmroFK