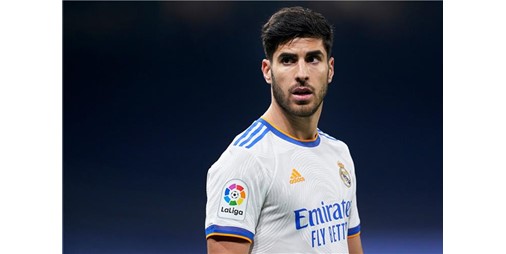 Real Madrid has set the final selling price for its first football team, Marco Asensio, for those wishing to obtain his services in the upcoming transfer window in the summer.

And the Italian newspaper, Calciomercato, revealed that Real Madrid had set an amount, ranging from 25 to 30 million euros, for the departure of its star Asensio in the summer, especially since his contract expires in June 2023.

And Horacio Gagioli, the agent of Spanish international Marco Asensio, confirmed that Arsenal, along with AC Milan, is in contact with him about the possibility of his departure in the summer transfer market.

“We are proud of Milan’s interest. Moving to the Rossoneri is a real option,” Gaggioli said, in a press statement. “There are two offers from two English clubs, including Arsenal, and we will evaluate all options.”

It is noteworthy that Asensio is on the radar of Tottenham Hotspur alongside Arsenal and Milan, and Inter Milan have expressed interest in signing the Spanish international next summer.

Milan wants to sign Asensio, because he has been looking for a right winger for a long time and sees in the Spaniard the desired goal to sign him at the request of coach, Stefano Pioli.