Taliban: «Enough drugs and terrorism. Now amnesty and no more burkas ». Draghi: the EU will be up to it 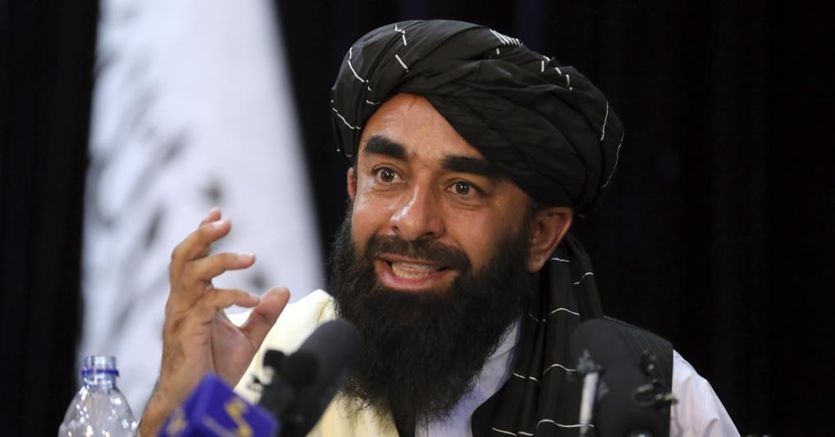 The delegation led by Mullah Abdul Ghani Baradar has arrived in Kandahar: the spokesman of the Taliban political office, Muhammad Naeem, announced it. Baradar, political leader of the Taliban negotiators in Doha and co-founder of the movement with Mullah Omar, returned to Afghanistan with a delegation to discuss with other leaders of the new government. Meanwhile, on the western side, what happened is being elaborated. “We need to have a clear assessment of what we have done. Despite the considerable investment, the collapse was rapid. We have to learn the lesson, ”said NATO Secretary General Jens Stoltenberg.

The US does not close to the Taliban, but invokes sanctions

The US does not close to the Taliban for now. On the contrary, they make a cautious opening, conditioned by their behavior. The first signal does not come from Joe Biden, who with his speech to the nation has not managed to calm the controversy over the humiliating and chaotic final debacle, but from the US State Department. “As for our position towards any future Afghan government, it will depend on the behavior of this government, the behavior of the Taliban,” Department spokesman Ned Price told reporters. The US is in discussions with the Taliban to determine the timeline for the evacuations. National security adviser Jake Sullivan said in a briefing at the White House, answering a question whether the exit from Afghanistan will be completed by the end of the month. The instrument of sanctions is not excluded if the Taliban do not respect human rights, in particular those of women, Sullivan added.

“The EU calls for the immediate cessation of all violence, the restoration of civil security and order and the protection and respect for the life, dignity and property of civilians throughout Afghanistan”. This is how the EU foreign ministers express themselves in the Council conclusions. “The European Union will pay particular attention to those Afghans whose security may now be in jeopardy due to their commitment to our common values”, continue the ministers, who also express “deep concern over reports of serious violations and abuses of human rights”.

It is not excluded that, in the event of changes in human rights, recognition may come from the West. The first to express itself on the subject is Great Britain. Recognition of the “legitimacy” of a forthcoming Taliban-led government is not ruled out a priori, but will be “subject to their compliance with internationally agreed standards on human rights and inclusion,” British Prime Minister Boris Johnson said in an interview with Imran Khan, head of the government of Pakistan, that is the neighboring country – ally of the West – which historically guarantees coverage to Koranic students. According to reports Downing Street, BoJo has also reiterated that any recognition will be granted “on an international, not unilateral basis”.

Italian Prime Minister Mario Draghi had a telephone conversation with the Chancellor of the Federal Republic of Germany, Angela Merkel in the morning. During the interview, the humanitarian protection of those who have collaborated with the Italian and German institutions in recent years and of the most vulnerable categories, starting with Afghan women, was discussed. Possible initiatives to be adopted within the European Union, G7 and G20 in favor of the stability of Afghanistan and to protect the achievements in the field of human rights and fundamental freedoms achieved over the past twenty years were also examined.