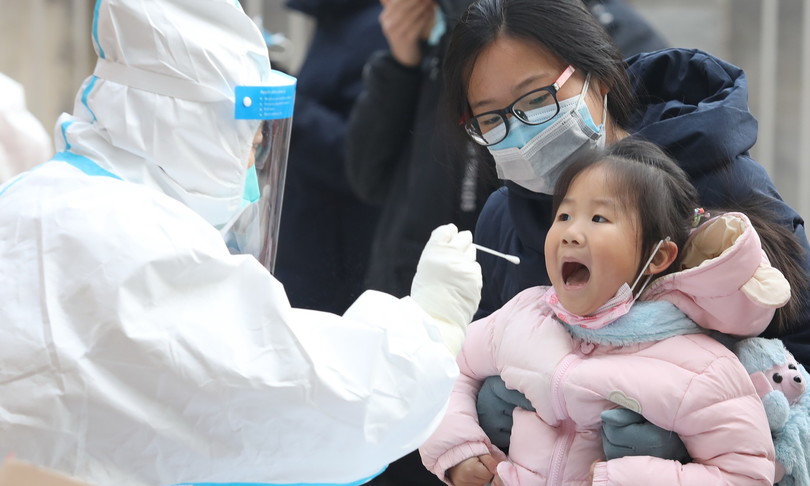 New record of infections a Shanghai, which exceed 26 thousand in the city that has been under lockdown for weeks. According to the latest update of the National Health Commission, in the Chinese metropolis there are 914 confirmed cases and 25,173 asymptomatic cases: the number is slightly up compared to yesterday’s figure, despite the confirmed cases having returned below one thousand, and the metropolis China remains the epicenter of the current wave, the worst since the outbreak of the outbreak in Wuhan in late 2019.

The prolonged lockdown has triggered strong controversy among the residents for the difficulties in finding food and basic necessities, and for huge delays in deliveries.

The strict line of containment of the virus has sparked international concerns and a new controversy between China and the United States. The US Embassy in China has issued a notice asking their compatriots to “reconsider” any trips to China, due to the wave of infections and restrictions in place and the “arbitrary” application of local laws.

The strict policy of containing the virus was also criticized by the European Union Chamber of Commerce in China, in a letter addressed to the Chinese Deputy Prime Minister, Sun Chunlan, who heads the national coordination against the epidemic.

The measures implemented have caused “significant inconvenience”, from logistics to the production plant, reads the letter cited by the Reuters agency, and signed by the president of the association that brings together European companies in China, Joerg Wuttke. Among the latest companies to pay the price of the uncertainties of the lockdown is also the electric vehicle manufacturer Nio, which has announced the suspension of production and delays in deliveries due to restrictions in place in many parts of the country where its are located. providers.

In the meantime, the Shanghai authorities promise the first relaxation, after the discharge of thousands of patients from quarantine facilities, and try to reassure the 26 million inhabitants on the commitment to ensure the regularity of supplies.

Shanghai has divided residential units into three epidemic risk categories, allowing those with no positive cases in two weeks to conduct “appropriate business,” said a municipality official, Gu Honghui, quoted by the Chinese media: they are now 7,624 areas still sealed, to which are added another 2,640 subject to controls, and another 7,565 “prevention areas”, destined for reopening. The Shanghai lockdown also had a sporting impact, with Shanghai Port’s withdrawal from the Asian Champions League, as confirmed by the Asia Football Confederation.

The concern for the new wave of infections also involves other cities, including Wuhan, where the virus appeared for the first time: anyone who has to take public transport, a note issued by the local administration reads, must be in possession a certificate that proves that you have swabbed with a negative result in the last 48 hours.

However, the restrictions in Guangzhou are tougher. on which the latest concerns focus. In the manufacturing hub in the south-east of the country, 27 new infections were recorded, nine of which were asymptomatic. Local authorities have ordered the closurefor at least one week of elementary and middle school, which will be replaced by distance learning, and have asked residents not to leave the city unless necessary. Anyone who has to leave must show a negative result of a swab taken within the last 48 hours.