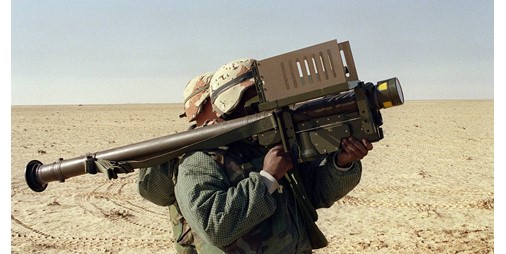 The US Army has begun practical plans to use advanced models of the next generation of interceptor bombers to replace the aging “Steniger” missiles within the short-range air defense capabilities known as the SHORAD system, according to a request for proposals published by the Army on the government contracting website.

Defense News magazine said that the request called on suppliers of specialized defense industries to submit offers and information to supply the short-range air defense system with new surface-to-air interceptor missiles, at a time when the Ministry of Defense (Pentagon) sent Javelin and Stinger missiles to Ukraine, Although the military considers Stinger missiles an obsolete weapon, senior military officials are discussing with the defense industries ways to increase the quantities produced from them at the present time.

The magazine indicates that work on providing new, next-generation interceptor missiles, to become part of the SHORAD short-range air defense system, has been going in full swing for a long time, and details about them were contained in the 2022 budget documents nearly a year ago, and the army requested the allocation of 1.5 million dollars in the budget for the fiscal year 2022, to issue a request for information and offers, and to organize a day for defense industry suppliers, prior to submitting a competition and offers from suppliers in this regard.

It is known that the “Stinger” anti-aircraft missile system was produced in the eighties of the last century, and it is a short-lived, shoulder-mounted air defense system, but the US Army recently integrated it into the armament of the SHORAD mobile platform system for short-term air defense within units sent to Europe last year. In response to an urgent demand from the European theater of operations, the US Army intends to deploy a full battalion of SHORAD short range air defense mobile platform vehicles by the end of 2022.

It is expected that the army will add to the “Shorad” air defense system a laser weapon with a range of 50 km, and there are four models of it, while the army plans to offer a competition to suppliers to provide more of this quality.

The budget documents say, “The Stinger reprogramming drivers will be obsolete in (fiscal year) 2023, and the Stinger Block 1 is subject to an extension of service until its usefulness expires.”

According to the bid request, which the US military announced on the government tender website, it plans to start the design and development phase to replace the new missile in the fiscal year 2023, which will lead to the production of 10,000 “Inc.3” missiles to be integrated on the M-SHORAD platform. Medium and short range air defense.

The request for proposals and information indicated that it is expected that the solutions of the new developed missile will be among the shoulder-fired missiles, but he cautioned that the system must be compatible with the integration with the “Stinger International Launch Vehicle” (which is one of the components of the “Increment1” short air defense strike platform). SHORAD range deployed in US Army units currently).