The situation in Mariupol continues to deteriorate, Zelensky: “Tens of thousands of people … 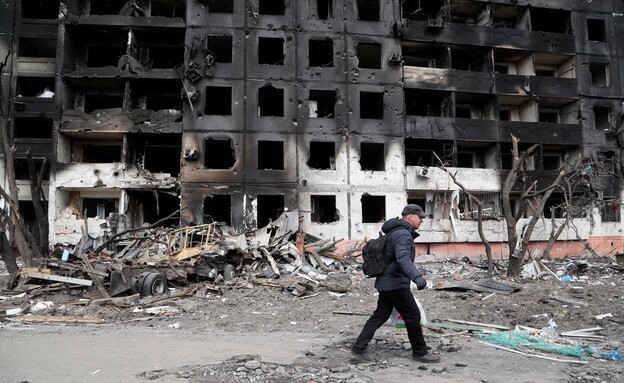 The situation in Mariupol continues to deteriorate daily: alongside the incessant fighting, more than a week ago humanitarian organizations reported that food and water were running out. According to them, it is necessary to send immediate assistance to the residents. According to Manuel Fontein of UNICEF, Mariupol and Kherson are the two cities with the worst humanitarian situation in all of Ukraine. President Zlansky: “The city has been destroyed, there are tens of thousands of dead.”Although Ukrainian Deputy Prime Minister Irina Vershchuk announced this morning (Monday) that 9 humanitarian corridors would be opened today, including one that would connect Mariupol and Zaprojosia, some residents had evacuated to Russian territory with the help of Russian forces. More than 135,000 in total, including 696 in the past day. Only in the evening did the Russians agree to operate the humanitarian corridor within the territories of Ukraine as well.

Earlier, Ukrainian President Volodymyr Zalansky referred to the devastation in Mariupol and said: “Tens of thousands of people perished in the Russian attacks on the southern city of Mariupol. The city was destroyed, there are tens of thousands of dead. Nevertheless, the Russians do not stop their aggression.” However, Zalansky also stressed today that his country is ready to return fire in eastern Ukraine, accusing Moscow of spreading lies about its motives for going to war.

Ukrainian President Zalansky in a video speech to the South Korean parliament: “Mariupol has been destroyed, there are tens of thousands killed – despite this, the Russians do not stop their attack”@AAWALDMAN

After Western intelligence assessments that the fighting in Mariupol would intensify, today the Russians occupied the city’s port, the head of the Donetsk People’s Republic, Dennis Poishlin, who supports the Russians, announced. However, Russian media reported that Ukrainian gunmen placed mines at the exit points from the port, flooding the cranes that were watching it.

There are ten more of them, they have planes and ships, they have a lot of equipment … But the Azov Regiment continues to destroy the occupier on the streets of Mariupol, Ukraine! pic.twitter.com/urTJqekICv

And yet, the West fears further aggravation of the situation in Mariupol: according to British intelligence, the Russians may re-use phosphorus bombs, that is, biological weapons that could harm civilians. Beyond that, London notes that Russia prefers to use inaccurate weapons, such as bombs, which increases the risk to the civilian population in Ukraine.

Find out more about the UK government’s response: https://t.co/3RYc4QJBuG