Macron and Le Pen chasing votes on the left 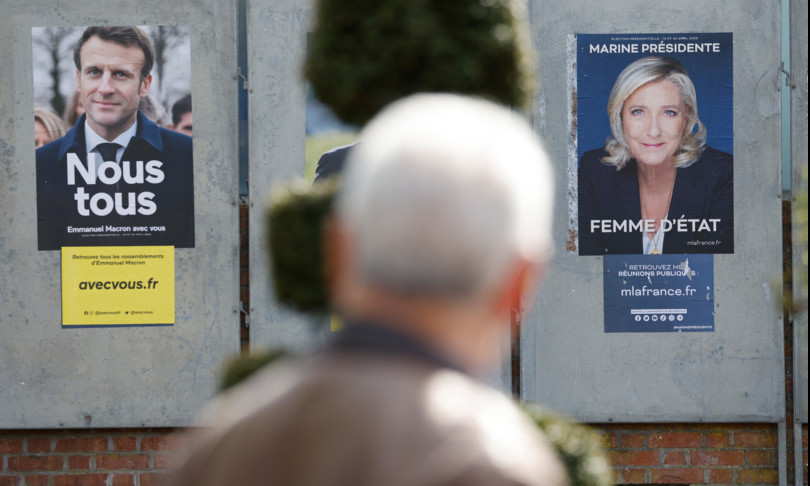 In the aftermath of the first round of the French presidential elections, the two candidates qualified for the ballot have thrown themselves body and soul into a new electoral campaign that will see them travel far and wide across France.

Macron went on the attack by hunting for votes in his opponent’s lands, in the Pas-de-Calais department, while Le Pen went to the Yonne department, south of Paris, to talk about agriculture, inflation and the power of purchase, that is themes on which he focused during the campaign for the first round.

For the outgoing president, in reality, more than a new electoral campaign this is the first ever because between the pandemic and the war in Ukraine he held only one meeting, organized in Paris a week before the vote.

However, now he has definitely changed his music and is already planning a series of electoral appointments in different regions.

His goal is to unite as much as possible. “I will call all candidates” who participated in the first roundthe one who still remains slightly favored in the duel with Le Pen to be held on April 24 (a poll gives him the winner at 52%) told Bfm TV.

“I intend to enrich my project”, including with regard to the proposal to raise the retirement age to 65, Macron continued.interviewed in a Carvin bar.

In other words, “I don’t want to divide the country” on this point. Translated: is ready to modify the proposal if it becomes an obstacle to that unit that seeks to defeat its opponent.

“I am aware of the fractures that exist in our country, but I want to convince”, underlined Macron, stating that while he is “president of all the French”, Le Pen would not be. She instead announced in a tweet that she, if elected, she will give birth to a government of national unity.

Le Pen also tried to reassure his fellow citizens on another delicate point: Europe. “France will not leave the EU, but I want to change the European structure,” he explained. The election will certainly be decided by the electorate of Jean-Luc Melenchon, who finished third with an excellent 21.95%.

The leader of France Insoumise has launched an appeal not to vote for Le Pen, but according to a survey a good third of his electorate intends to give their vote to the candidate of the Rassemblement National, totally ignoring Melenchon’s indication.

Anyway, another third of this same electorate intends to vote for Macron, who is now seeking to carry out a ‘seduction operation’ on the left. It will not be that easy, especially since he is considered by most of the French as the ‘president of the rich’.

And a case like those of millionaire consultancy to companies like McKinsey certainly does not help him. Macron is a great communicator nonetheless and has an ability to wink one eye to the right and another to the left.

He has understood that the call to ‘barrage’ on the far right no longer works so well (and polls on the duel with Le Pen prove this, as does the fact that a third of Melenchon’s electorate intends to vote for Le Pen).

For this reason, since yesterday evening, addressing hundreds of young supporters in his headquarters, he asked for a mobilization to go and convince people “with humility”.