The agreement on gas and the dispute over the Land Registry 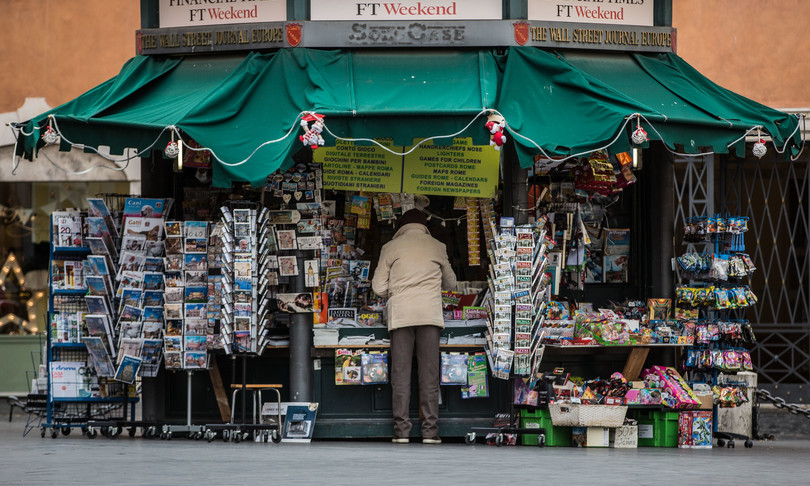 The agreement with Algeria on gas, the reactions of the parties after the first round of the French presidential elections and the preparation of the summit between Forza Italia and Lega with Draghi on the fiscal delegation. These are the issues in the foreground on the political pages of the newspapers on newsstands today.

Algeria will sell us more methane. Draghi: “Now less tied to Moscow”. The premier in Algiers for the agreement between Eni and Sonatrach: 9 billion cubic meters more on the way, but only from 2024. Cingolani: “Three billion already this year”. Next steps to ensure extra supplies in Congo, Angola and Mozambique. The background: the government’s plan B. With the stop to Russian gas, consumption needs to be rationed. French elections, center-right split on Le Pen. Meloni: “It does not represent us”. Interview with Fausto Bertinotti: “Melenchon is the real winner of the elections. Macron win his votes”.

Gas, pact with Algeria. Draghi closes the agreement with Sonatrach and Eni, immediately more methane, 9 billion cubic meters from 2024 alone. Summit for the rationing plan in the event of a blockade. Fiscal delegation, frontal attack by the center-right. Letta: “The government shuts down with threats.” Tomorrow the premier sees Salvini and Tajani. Difficult mediation on the Cadastre.

Gas arrives from Algeria. It will serve to replace a third of the Russian one. Justice, the reform passes. Togas ready to strike. Stop pm in politics thanks to the “revolving doors”. The Def? Growth at risk. To avoid the recession, 5 billion is not enough. Confcommercio raises the alarm on GDP 2022: “Closer to 2 than 3%, support is needed”.

Partisan comedians. The Anpi is preparing for April 25 by printing leaflets that push Ukraine to surrender. And instead of the tricolors there is the Hungarian flag. On the eve of the summit with the premier: FI and Lega together by Draghi, “only ahead without taxes”. The meeting at Palazzo Chigi has been postponed to tomorrow. The two center-right parties will go together. Salvini: “Stop to new taxes”. And Forza Italia raises the bar on justice.

Lots of noise, little gas. The agreement with Algeria to increase supplies and avoid Putin’s blackmail has been closed. Only 3 billion cubic meters more from Africa but we will lose over 29 billion from Moscow. Surprise in the polls: Italians willing to make energy sacrifices to help peace.

Draghi closes the agreement with Algeria. But that gas is not enough. And there is a risk. The African state is on a leash: it depends on the Kremlin for grain supplies. The premier meets the center-right. Tomorrow confrontation with Lega and Forza Italia on land registry and other nodes of the fiscal delegation. The Democratic Party attacks Undersecretary Freni for his fears about the increase in taxes. –

For gas Algiers better than Moscow. Draghi and Di Maio sign the agreement. From Sonatrach 9 billion cubic meters a year to replace a third of the Russian dependency. Fears of EU countries’ doubts about the price ceiling. Tomorrow CDM on energy but more time for new rules on renewables.